The DNA secrets of the Predator Free 2050 programme’s most wanted species have been revealed.

The complete genome of the stoat is now available to researchers on the US-based National Center for Biotechnology Information genome database, hard on the heels of the ship rat genome. 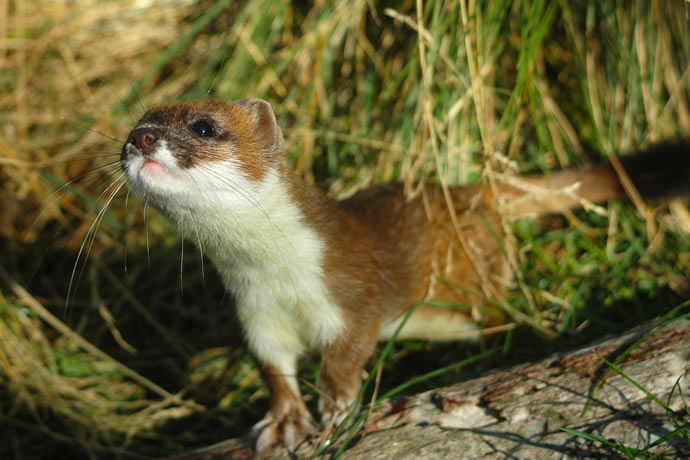 The reference genomes were created by teams of Kiwi scientists working with international collaborators.

The genome sequencing of the stoat (Mustela erminea) was led by Dr Andrew Veale, a scientist based at Manaaki Whenua - Landcare Research.

“Stoats will be one of the trickiest pests to eradicate across Aotearoa, and this genome provides great opportunities to understand their biology, and to create tools to assist conservation”, says Dr Veale.

The assembled stoat genome is over 2.4 billion DNA bases long, with over 20,000 identified proteincoding genes. This new genome is one of the highest quality vertebrate genomes ever produced, with nearly gapless complete chromosomes assembled and annotated.

“This sets us up for the breakthrough research we will need to realise the Predator Free 2050 goal,” says Professor Dan Tompkins of Predator Free 2050 Limited, which co-funded the research as part of its Science Strategy. “Knowing the genetic code of these devastating predators is an important step towards finding their Achilles heel.”

The project was co-funded by NZ's Biological Heritage National Science Challenge and involved collaboration with scientists from the Vertebrate Genome Project, based at The Rockefeller Institute, and the Wellcome Sanger Institute.

Dr Fiona Carswell, Chief Scientist at Manaaki Whenua, says that the underpinning data provided by the genome will be invaluable in helping to achieve predator-free status for New Zealand. “This shared work in defining the stoat genome is a stepping-stone in our ongoing research into species-specific toxins, and a fantastic example of collaboration across the science sector.”

Biological Heritage National Science Challenge co-director Dr Andrea Byrom says “the new genomes will build understanding of the origins and dispersal of predators, inform the development of novel control mechanisms such as species-specific toxins and help assess the potential of gene technologies.”

The high-quality ship rat genome is similarly expected to become the international reference genome for the species.

The completed stoat genome can be found here: https://www.ncbi.nlm.nih.gov/genome/34548

What is a genome?

A genome is the complete set of an organism’s DNA, and ideally it is accurately assembled with no errors, deletions, duplications or gaps. Most published genomes are highly fragmented, but with recent advances in sequencing technology and assembly algorithms, ‘platinum quality’ genomes with accurate chromosome level assemblies are now possible.

Which stoat was sequenced and why?

The gene-sequenced stoat was live-trapped as part of pest control operations on private land in the Coromandel Ranges south of Thames. Importantly this stoat was a male, which means that he had both an X and a Y chromosome, giving him the full complete set of genes for the species. Most of the time trapped stoats are recovered a while after death and after they are beginning to decay, therefore they have poorly preserved DNA, but this was the perfect specimen to be immortalised as ‘The Stoat Genome’.

[The reference genome for the ship rat was created from a male rat trapped in Auckland’s Waitakere Ranges].

How was it sequenced?

Genomes are large and the genetic material they contain cannot be 'read out' in order (i.e., sequenced) end-to-end in a single step. This means that genomes have to be sequenced in smaller reads. Assembling a genome is like piecing together a massive jigsaw puzzle without a reference picture.

We used four different genetic sequencing technologies to produce the stoat genome assembly: PacBio, Chromium 10x, Bionano maps and Hi-C. Following the metaphor of a jigsaw puzzle, the PacBio reads are large – like large jigsaw pieces, so they provide a lot of information. It is unlikely that two regions of the genome will contain identical ‘pictures’ this large. The Chromium 10x reads consist of lots of little reads, but each one is labelled according to what row in the puzzle it goes. The Bionano map is like sticking big barcodes across the back of the pieces – so you can align the pieces to this reference. The Hi-C reads are small, but link together pairs of pieces that are physically near each other in the 3D folded chromatin structure. So to assemble the genome, first we assembled the long-read PacBio reads into contigs: a consensus DNA sequence of overlapping reads. We then used each of the other technologies to progressively scaffold (stick together and orient) each of these contigs together. After all of this assembly and scaffolding, all of the original reads are mapped back to ‘polish’ the genome (correcting errors) and to fill in any gaps.

How is it being used?

The stoat genome is already being used to assist conservation efforts in New Zealand, and there are many other projects on the horizon.

Dr Veale is currently mapping the connectivity of stoat populations across the landscape using spatial models, relying on novel genetic markers. “Once we have the precise relatedness of each individual and their location of capture, we can create models showing how the animals disperse across the New Zealand landscape. These models can then be used to optimise trapping networks, enabling traps to be placed to prevent reinvasion into areas cleared of stoats.” Dr Veale is also developing forensic genetic markers from the genome sequence to identify individual stoats from trace samples such as scat, saliva and hair. These markers can then be used in a CSI type setting. For instance, if a conservation program had a dead kiwi with a bite mark, and a dead stoat in a trap, we could ask “Was this the stoat that killed the kiwi, or is there another one out there?” Genetics can tell us the answer.

Dr Erica Hendrikse, a postdoctoral researcher at Manaaki Whenua working with Dr Veale and Dr Brian Hopkins, is currently using the stoat genome (along with the recently produced ship rat and possum genomes) to look for ways to develop species-specific toxins.

What about the ship rat genome?

Who are the funders?

The New Zealand government aims to remove three species of introduced rat, possums and mustelids from New Zealand by 2050 because of their devastating impact on native biodiversity. Predator Free 2050 Limited is a government-owned charitable company that provides co-funding for ambitious predator eradication operations and breakthrough science.

The Biological Heritage National Science Challenge, Ngā Koiora Tuku Iko, aims to protect and manage Aotearoa New Zealand’s biodiversity, improve our biosecurity, and enhance our resilience to harmful organisms by focusing research happening across Aotearoa’s land-based and freshwater ecosystems, with the ultimate aim of reversing the decline of biological heritage.