Myrtle rust is a disease caused by an invasive pathogen that infects iconic native New Zealand trees in the Myrtaceae family, such as pōhutukawa and manuka. The windborne fungus causes tree dieback and potentially tree death.

It was first detected in New Zealand in March 2017 and is now found throughout the upper North Island. It has currently been recorded as far south as Greymouth.

Scientists are currently investigating how the pathogen is reproducing around Aotearoa. 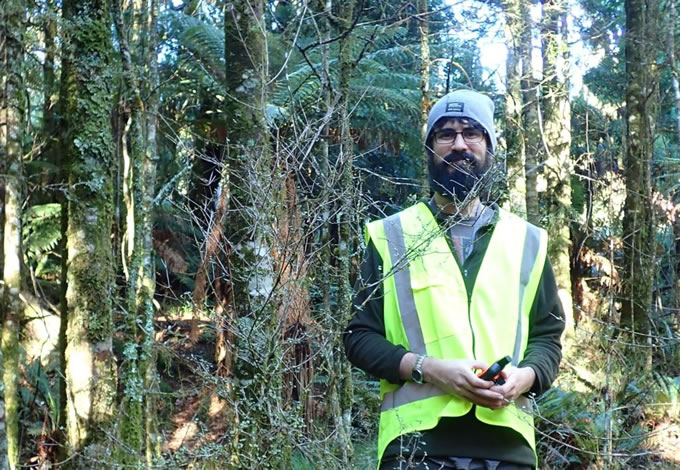 Researcher Dr Michael Bartlett says we need to better understand the way myrtle rust  (Austropuccinia psidii) is reproducing in order to predict how the pathogen will adapt to the New Zealand environment. “If the long-term management of myrtle rust in New Zealand involves breeding trees for pathogen resistance, then understanding the diversity and adaptability of that pathogen is the key to success,” says Michael.

Pathogens can either reproduce asexually by cloning themselves, or sexually, which involves a recombination of genes. The more a pathogen reproduces sexually, the easier it can adapt to a new environment.

Michael says he will use genetic markers to measure how much genetic recombination is happening in the wild. He will also experiment to find out what makes myrtle rust switch from clonal to sexual reproduction.

Based at Crown Research Institute (CRI) Scion, Michael’s work is part of a new programme managed by CRI Manaaki Whenua called Beyond Myrtle Rust: Towards Ecosystem Resilience. The five-year programme brings together researchers from many universities and CRIs to investigate how New Zealand can learn to live with myrtle rust, while protecting our native trees.

To learn more about myrtle rust and find out how the public can help track where it has spread to, visit https://www.myrtlerust.org.nz/