Established in 1964, the International Union for Conservation of Nature’s Red List of Threatened Species (www.iucnredlist.org) is a critical indicator of the health of the world’s biodiversity. It is now viewed as the world’s most comprehensive information source on the global conservation status of animal, fungus and plant species. 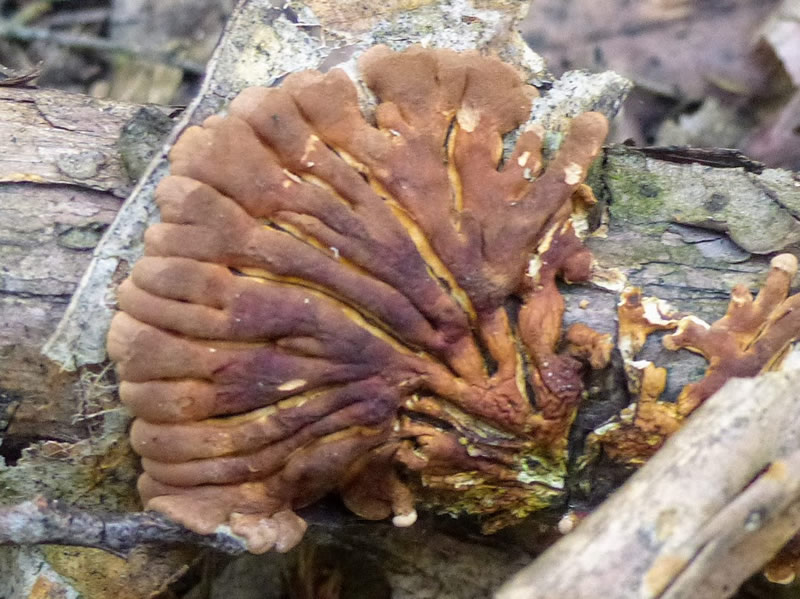 However, until recently very few fungi had been assessed for their likely Red List status. As the second largest kingdom of multicellular life, fungi were represented in the November 2009 edition of the List by only three species, along with 17,288 species of animals and plants.

Dr Peter Buchanan and colleagues at Manaaki Whenua – Landcare Research have been working behind the scenes to address this problem. At an IUCN Red List workshop in July 2019 in Melbourne, data on threatened species of fungi from Australia, New Caledonia, and New Zealand were assembled to meet IUCN’s global assessment criteria. This workshop was made possible by sponsorship from IUCN and from the Mohamed bin Zayed Species Conservation Fund.

Inclusion on the Red List is not necessarily a prediction of imminent demise; rather, it is an essential starting point for species protection, conservation and policy change. The data included in each listing provide information about range, population size, habitat and ecology, use and trade, threats, and conservation actions to help inform necessary conservation decisions.

From the Melbourne workshop, 51 assessments of Australasian fungal species were finalised to IUCN Red List standards, 30 of these from New Zealand. Of the 51, three species have now been formally Red Listed by IUCN as Critically Endangered, 12 as Endangered, nine as Vulnerable, six as Near Threatened, seven as Least Concern, and 14 as Data Deficient. Progress has also been made on assessments for another 33 species – vastly increasing the knowledge and understanding of our rarest fungi.

Tea tree fingers (Hypocreopsis amplectens) is one of the three Critically Endangered species (www.iucnredlist.org/species/80188449/80188453). This has been recorded both in New Zealand and Australia but is only known from seven sites, two of which are in New Zealand. Conservation action to protect this fungus is occurring in Australia, but is not yet in place in New Zealand where attempts to relocate it have so far been unsuccessful.

“This is an especially rare and intriguing fungus, with a mysterious ecology. While appearing to produce its fruitbody on fallen wood, some specimens indicate that it is growing on another fungus that is itself growing on the wood. With such a distinctive finger-like appearance, we hope that keen observers might locate it and report its presence on iNaturalist (inaturalist.nz) Conservation of threatened members of the Fungal Kingdom can easily slip below the radar. Yet, as such ecologically important components of our biodiversity, their survival also has a place alongside the more charismatic forms of life.”

Much of the data collection work for New Zealand’s fungi was done by Jerry Cooper of Manaaki Whenua - Landcare Research.