Garden birds are signalling changes in our environment

Birds are signaling major changes in our environment and a new report shows some of New Zealand’s birds are sounding the alarm.

‘Birds act as “backyard barometers”, telling us about the health of the environment we live in – and we should be listening,’ says Manaaki Whenua ecologist Dr Catriona MacLeod.

This report draws on 31,000 bird counts gathered by volunteers in their backyards since 2007, as part of the New Zealand Garden Bird Survey.

Manaaki Whenua researchers have condensed this large information base into simple but powerful metrics – providing insights into how garden bird counts have changed from local to national scales. 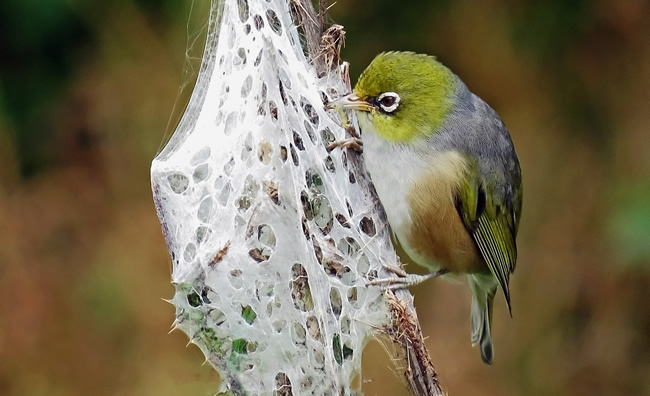 This year’s report shows counts of our most common native garden bird, the silvereye (also known as ‘waxeye’ or tauhou) are still declining. Counts have almost halved in gardens since the survey began, which researchers say could be a warning sign something is changing for the species.

“We don’t yet fully understand what is driving these changes but increasingly warmer winters may mean silvereyes are less likely to come into gardens in search of food. They come more in cold winters when there’s snow on the hills,” he says. 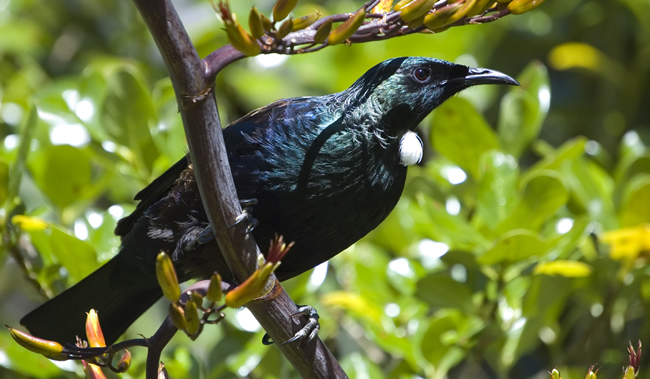 On the other hand, a cautiously positive picture is emerging for tūī,   which could be the result of improved predator control in urban and rural landscapes.

“Among native species, tūī – and possibly kererū – counts have shown a shallow increase over the 11 years, while fantail and bellbird have remained at relatively similar levels,” says Dr Spurr.

Of the introduced species, only the greenfinch has increased (almost doubled) in counts since 2007.

Six of the most common species in our gardens (blackbird, dunnock, chaffinch, goldfinch, song thrush, and starling) have experienced shallow to moderate declines (10–31% over 11 years).

“It might be tempting to dismiss these declines as unimportant because these species were all introduced to New Zealand from Europe. However, these birds are signaling change in our urban and rural environments that we need to better understand,” says Dr MacLeod.

Dr MacLeod says without the New Zealand Garden Bird Survey, and the thousands of volunteers who have participated in it, these changes would have gone undocumented.

This year’s survey is taking place between 30 June and 8 July.

To explore how garden bird counts have changed in your area and learn how to take part in this year’s survey go to: http://gardenbirdsurvey.landcareresearch.co.nz