New recruits for war on weeds 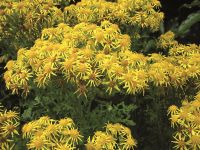 A community effort is needed to stop the spread of weeds in New Zealand, say scientists.

And at the heart of that is education. To the untrained eye many weeds look pretty but in some cases they’re also a serious environmental or agricultural pest.

Researchers Hugh Gourlay and Murray Dawson, of Landcare Research, are leading a citizen science project Winning the War against Weeds.

The project, which is a joint-initiative between Landcare Research and Lincoln University, will see students at rural schools in Auckland, Gisborne, Kapiti Coast and the West Coast learn more about weeds and weed surveillance. These regions were targeted because, despite having major weed problems, they are all under-studied and under-collected.

Students will be taught how to find and identify weeds and weed biocontrol agents in their area by using guidebooks and online tools, and recording their observations on the citizen science platform NatureWatchNZ.

As part of the project, students will also visit Landcare Research’s Allan Herbarium in Lincoln to add their field collections to the extensive plant collection, which has more than 630,000 preserved plant specimens.

Landcare Research botanist Murray Dawson said early intervention was the most cost-effective way to manage weed infestations, but that relied on timely detection, identification and reporting, which was difficult when weeds invaded remote areas with limited resources.

He believed educating students about weeds was a good way for the message to reach the wider community.

“The sooner we know about a new pest the better chance we have of controlling it, otherwise it becomes much more difficult and the costs are exponential,” he said.

International studies have found that once a weed infestation covers more than a hectare the likelihood of successful eradication is poor, around 33 per cent.

“Every year plants in cultivation jump the garden fence and escape into the surrounding environment. We have a new plant species establishing in our environment approximately every 39 days. The community needs to come together to help nip them in the bud,” he said.

Lincoln University ecologist and NatureWatch NZ co-founder Jon Sullivan is encouraged by how internet and mobile technologies are starting to engage the wider community in weed detection.

“The NatureWatch NZ website and its iNaturalist mobile app now allow anybody anywhere in New Zealand who photographs any plant, animal, or fungus to have it promptly identified.

“That’s revolutionary for New Zealand biosecurity. Already, several hundred species new to New Zealand, or new to our regions, have been reported through NatureWatchNZ, including some nasty weeds that are being eradicated,” Sullivan said.

“We can now all be part of the biosecurity blockade protecting New Zealand’s environment. Only together can we keep New Zealand clean and green.”

The citizen science project is funded by the Ministry of Business, Innovation & Employment’s Unlocking Curious Minds fund. The funds are awarded to projects that engage young people with science and technology. The Brian Mason Trust has also contributed funding towards the West Coast component.

Educators and several environmental organisations are supporting the project. Weedbusters and the Department of Conservation have also declared War on Weeds.

If you would like your school to be involved or more information about the Winning the War against Weeds project please contact Murray Dawson.