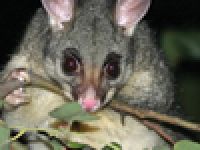 Ongoing work by a team of Landcare Research wildlife ecology and management researchers to resolve problems caused by mammal pests has been recognised by their peers.

Ongoing work by a team of Landcare Research wildlife ecology and management researchers to resolve problems caused by mammal pests has been recognised by their peers.

The Shorland Medal is presented each year by the New Zealand Association of Scientists to an individual or team in recognition of major and continued contribution to basic or applied research that has added significantly to scientific understanding or resulted in significant benefits to society.

Graham Nugent, Bruce Warburton, Dave Morgan, Peter Sweetapple and Penny Fisher are the 2013 recipients in recognition of their outstanding leadership and prolonged contribution through research into new and improved solutions to resolving the major environmental and economic problems in New Zealand caused by introduced mammal pests, particularly possums.

The team has applied a wide range of skills in wildlife ecology, disease epidemiology, computer modelling, animal physiology and behaviour, toxicology, animal welfare science and product development to improving the sustainability and costs of strategies and tools available to management agencies to deal with the contribution of these pests to the persistence of bovine TB in livestock and the destruction of native biodiversity and ecosystems.

Together this research has significantly increased the certainty of successful pest management.

Underpinning this are over 50 journal publications from the team since 2009, which are widely cited both nationally and internationally.