Should New Zealand have a national fungus?

That’s the question coming out of the New Zealand Fungal Foray held on the West Coast last week.

At least 65 people from all over New Zealand and as far as the USA and UK descended on Lake Brunner’s Moana township for the 32nd Foray, an annual week-long event.

Attendees spent each day scouring native bush for fungi, returning in the afternoon to the pop-up science lab at the Lake Brunner Hall to identify the specimens found. 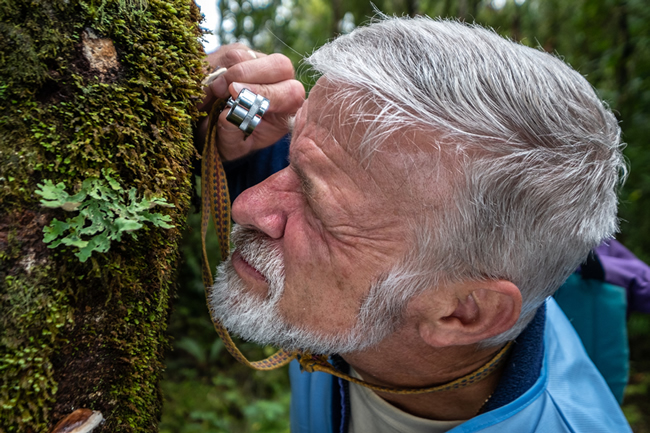 Included were 12 Manaaki Whenua - Landcare Research scientists and researchers who use the foray to find out what fungi are growing in the area and which are common, special, unique or endangered. Any notable specimens are taken back to be added to Nationally Significant Collections (the New Zealand Fungarium (PDD) and the International Collection of Micro-organisms from Plants (ICMP)), housed at the Manaaki Whenua site in Auckland.

“The foray is a major source of new material for the national collections and the advantage of having 65 pairs of eyes out there looking means we can cover a broad range of fungi in a short amount of time,” says New Zealand Fungal Foray Vice President and Manaaki Whenua Scientist, Dr Peter Buchanan. 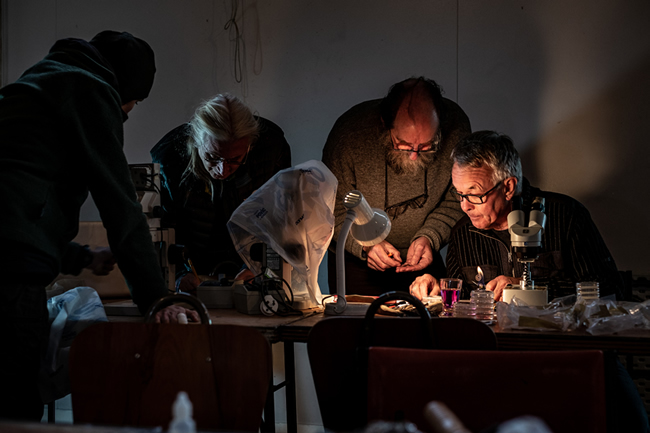 “Some of the specimens are taken for DNA analysis; there is also some culturing being done so we can grow them on agar-medium plates. Specimens that we choose to keep will be dried and added to the national collection at the Fungarium,” says Dr Buchanan.

Fungi play a crucial role in Aotearoa helping plants grow and connect but also play a large part in managing the whole decomposition and nutrient-cycling process. 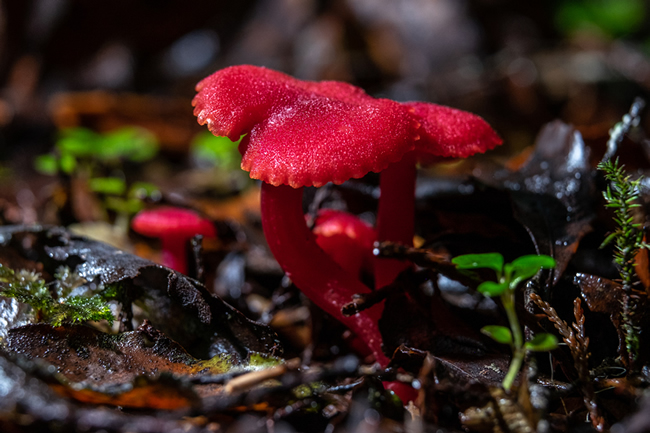 The Fungal Foray started in 1986 to learn more about New Zealand’s fungi and has taken place in a different part of the country each year – on average discovering about five species new to science every foray.

“We always discover things that have never been recognised before. This year we have already found at least two unidentified fungi. Each discovery benefits the knowledge of the area but also gives us more of an understanding about what New Zealand has in terms of its fungi. New Zealand’s fungi are also important internationally as our geographic isolation means we have so many distinctly unique species, with interesting evolutionary and ecological relationships,” Dr Buchanan says. 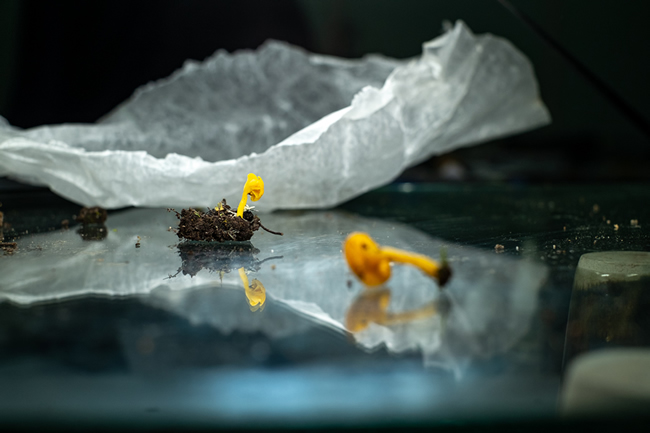 But it’s not just about collecting. The foray is a great opportunity to teach, share knowledge with the local community and schools, and raise questions around the types of fungi in New Zealand. 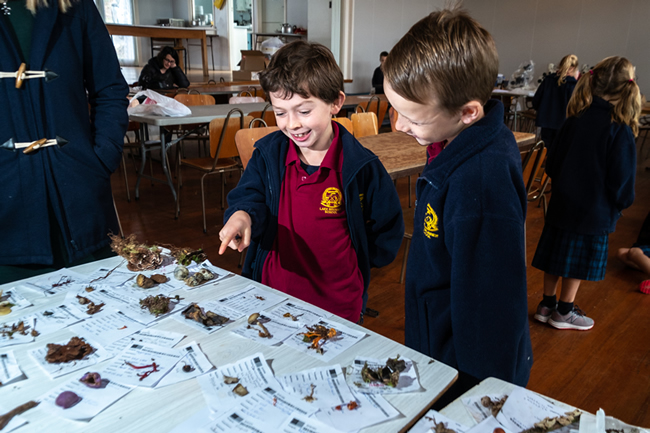 This year it was noted by foray attendee Anna Chinn, that blogger and Scientific American Jennifer Frazer nominated a black New Zealand mushroom Tylopilus formosus, to be our national fungus. This aligns with our All Blacks fame and raises the question – should New Zealand have a national fungus?

“National icons are in place for many other life forms, so with fungi being the second largest kingdom of life in New Zealand they’re overdue some additional national profile,” he says.

New Zealand is the only country in the world to feature a fungus on its banknotes. Our $50 note includes a mushroom species, Entoloma hochstetteri (blue entoloma). 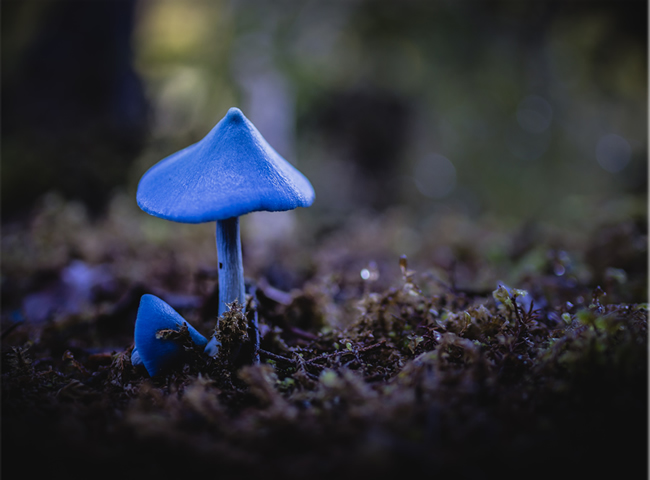 “Armillaria novae-zelandiae is well known to Māori as a harvestable, edible mushroom during winter months. Armillaria species are key decomposers/nutrient cyclers of fallen wood in many kinds in native forests. And as observed just last evening on a ‘night foray’, immature Armillaria limonea mushrooms emit a mysterious glow or luminescence at night. To see this impressive sight, however, one’s eyes need to be well adjusted to total darkness in a suitable forest on a moonless night,” he says. 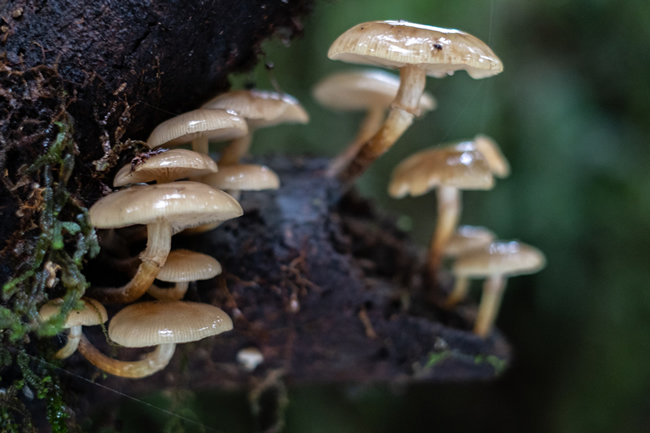 Dr Buchanan adds that a national fungus would give fungi more of a ‘voice’ in New Zealand and could encourage more teaching, and continue to grow the interest in learning about these hidden treasures.

Around 8,000–9,000 different species of fungi have been recorded in New Zealand but as many as 24,000 are thought to exist. Knowledge gained from each fungal foray is shared with iwi, the Department of Conservation, councils, and local schools.