The race against myrtle rust

Pōhutukawa, mānuka, kānuka, and other NZ seeds are being collected, grown, and tested for resilience to this devastating disease.

It has the potential to wipe out entire native species and drastically change the native landscape of Aotearoa as we know it. 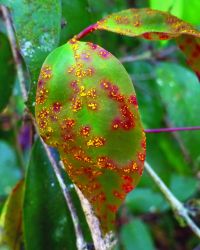 The fungal pathogen that causes myrtle rust is called Austropuccinia psidii. This fungus produces millions of small yellow-coloured spores that are easily wind-blown to new plants.

The pathogen was first found in Australia in 2010, and seven years later identified in New Zealand. Since its unwanted arrival, it has spread quickly and has been found at least 600 properties around the country.

Now the Ministry for Primary Industries (MPI) has launched a full-scale attack to better understand the disease and limit its impact on our Myrtaceae plants. Manaaki Whenua – Landcare Research is one of a team of institutes taking part in this comprehensive research programme commissioned by MPI, and will be working on the project closely with Plant & Food Research over the next two years.

"They’ll be sent to Australia to a screening facility, where they will be challenged with myrtle rust to see what’s susceptible,” he says. 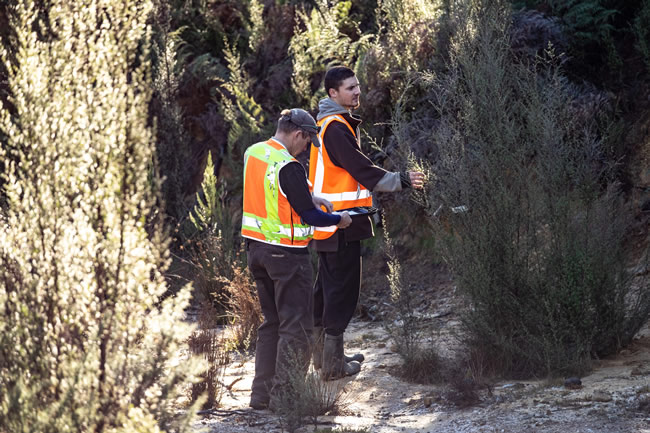 Plant & Food Research plant pathologist Grant Smith is also a key researcher working on the project. He has worked in Australia helping with their response to myrtle rust and now oversees the seed collecting in New Zealand.

“Right now, what we are trying to do is get enough science data so we can make some decisions in 18 months about how we can respond from a science perspective to myrtle rust in New Zealand – for example, do we have resistance in mānuka that we can exploit in a breeding programme?” he says.

“We are also selecting material to safeguard via germplasm collections or seed banking,” says Dr Smith.

Testing our seeds’ resilience to the disease will give researchers information around ‘seed lines’ in New Zealand – provinces that show a lot of resilience. 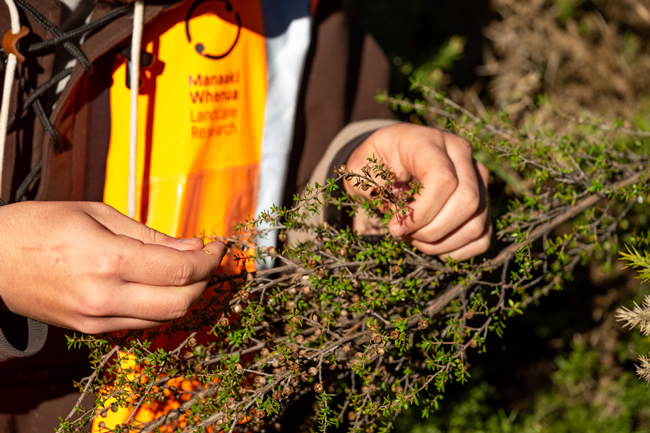 Myrtle rust also poses a risk to Māori and to traditional methods used to harvest and collect food. In this project, researchers have been working closely with Māori landowners to source and access seed samples from their land and Department of Conservation (DOC) estate.

“Myrtle rust is quite a significant issue for us: from the Myrtaceae family itself you’ve got the ramarama, the kānuka, mānuka, and  pōhutukawa – those are quite a lot of the taonga (treasured) species that could totally be decimated, so as kaitiaki (guardian) we need to make sure we are protecting it,” says Ngati Porou’s Victor Goldsmith.

“Pōhutakawa on the east coast is a sign that the seafood is ready to be gathered, so when they start flowering you know that you’ve got to go and gather food. So, they are tohu – signs for us – kōwhai is another one. This is how Māori interact with our natural environment. So, all of a sudden if myrtle rust has come in and destroyed our tohu – that’s quite significant for us,” he says. 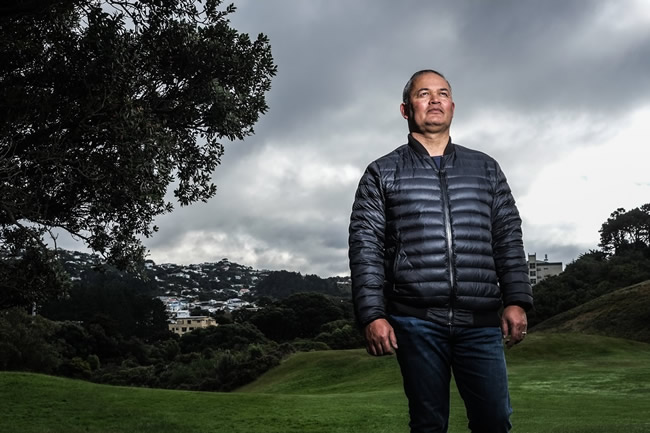 Mānuka and kānuka seeds are the first species to be collected and sent to Australia to be tested. From there, over the next year researchers will collect pōhutakawa and rātā and coordinate with other groups like Scion who are also doing research into this.

“This phase is what I consider to be a ‘secure future options’ to ensure we have options available for decisions we have yet to make,” says Dr Smith.

“In Australia, species extinction across the natural range of the plants is now becoming apparent. Understanding what resistance we have in our native plants, and seed banking those plants now before things get too bad, is essential to ensure we have the plant species available for future options,” he said.

All seed sent to Australia will be destroyed at the end of the project. Extra seed collected during the project is stored in seed banks in New Zealand. 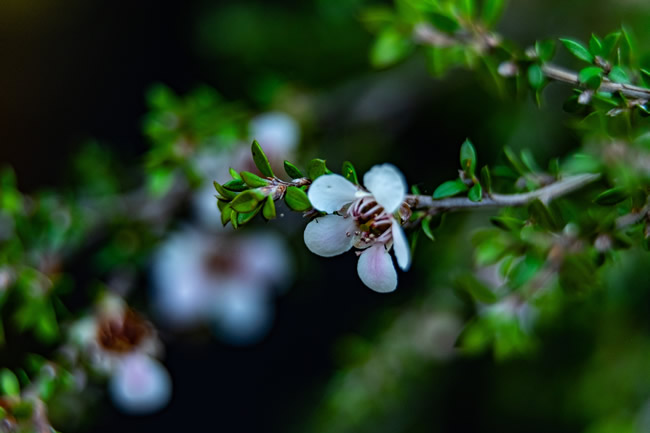 The research is funded by the Ministry for Primary Industries and the Ministry of Business, Innovation and Employment
Story: Suzette Howe
Images: Brad White and Plant & Food Research