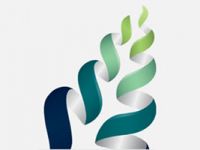 The Productive Land Innovation Hub and the National Science Challenges have both been announced recently. These represent a major opportunity for science, scientists and users of science.

Two important science announcements have coincided over the last couple of weeks. These represent a major opportunity for New Zealand science, scientists and users of science. The first was a significant boost to inter-organisational collaboration via the creation of the Productive Land Innovation Hub and the second was the announcement of the National Science Challenges. Together these developments underscore the absolute necessity for ‘heartland’ New Zealand science in the primary industries, the environment and health. At the same time the clear call for collaboration is a welcome message to all those jaded by years of severe bidding competition and the enforced and excessive focus on institutional silos, rather than leveraging maximum value from this country’s scientists and infrastructure.

When government pledges $60m to a sector and then more than doubles the actual allocation, that sector can read a message of trust and positive expectation – “this is important for the future of New Zealand and we trust you do it.” Government launched the National Science Challenges (NSCs) last week, and at the same time more than doubled the expected funding to $133.5m.  Therefore the first task for the science sector is to deliver – and the response must be, “Yes, we can do it.” But the task is not just a matter of delivering the science. In fact, that is the more straight-forward bit.

Ten NSCs were adopted by Cabinet after twelve were put forward by a panel chaired by Sir Peter Gluckman, the Prime Minister’s Chief Science Advisor. During this process the public had been engaged and put forward candidate challenges. The science sector and science users contributed their thinking. The emphasis was on New Zealand’s needs to provide for, protect and make the most of its human and natural assets – and where science has a strong role to play. That there were no great surprises in the list of NSCs should not itself have been unexpected.

A second task is for the science sector is to enhance the connectivity between those three types of science and the people working in them. This will require some silos to be breached and mutual trust to be established.  That is no small task for organisations and individuals accustomed to fierce competition. But without good connectivity we will not achieve what New Zealand is capable of when working together on the NSCs.

Now that the NSCs are identified, the focus must be on process.  Here the third task for all in the sector is to minimize the overhead costs associated with the NSCs and maximize the progress that science can make. The sector is already well-endowed with governance and advisory groups and therefore the onus is to make innovative use of what is already set-up, rather than adding more layers of governance.

The announced investment is certainly needed on the front-line of science – both in terms of the capability of our people and the facilities they use. Without good training and facilities our scientists cannot be internationally regarded and they will leave New Zealand or leave science. With the newly-announced investment in NSCs there is opportunity to enhance New Zealand’s attractiveness as a place to do science.

The Productive Land Innovation Hub (the Lincoln Hub), launched by Ministers Joyce and Guy on April 29th is a science and industry network centred on Lincoln in Canterbury.  United around a common vision or goal, the five initial partners will seek to grow significantly the value obtained from the land while increasing the quality of the natural resources. The hub will work to remove the physical and social barriers between organizations, sectors and types of science. It will also work closely with partners in other New Zealand centres and overseas that can bring substantial capability to the same mission.  Further, the hub will seek to attract other contributors and investment to co-locate and develop the campus. Importantly, this will involve the development of capability, not just in the science itself but amongst the users of science – the farmers, service industries, government agencies and community.

Linking science to the community is the fifth task generated by the NSC package. The public provides the money for the NSCs through taxes and therefore has a right to see the return on its investment in social, economic and environmental outcomes. But the intended relationship goes well beyond simply reporting back.  The spirit of the NSCs requires public participation (citizen science), which means awareness, understanding and action. Examples are people working together to minimise the effects of agriculture on freshwater quality or enhance the effects of diet in preventing non communicable diseases such as diabetes. In this regard the information revolution has put knowledge only a web-search away and the uses of smart phone are legion with all the different aps.  Thus a school child may upload photos of plants and insects that contribute to scientific modelling of national weed and pest incursions and receive in return advice on the school’s biology project.

In view of this development and engagement, it is imperative that a big part of NSCs is finding out how people come to decisions, implement change and adopt new technologies and ideas.  Government has therefore sent the message that it expects strong social science contribution to the NSCs to ensure that the science produced will take into account New Zealanders’ values and views and be shaped to ensure the community understands and can use that science.

Mātauranga Māori, Māori knowledge and holistic world view can be expected to feature prominently in several NSCs alongside the “western” science view. The re-joining of these two rivers of thought will create new insights to support growth of the economy, community and natural environment.

The National Science Challenges and the Lincoln Hub together are an example of the breaking down of silos rather than simply a statement of what New Zealand expects to be delivered via its science investments.  These initiatives are a watershed and the science community itself has a great opportunity to respond.