Conservation week: discover what is on your doorstep 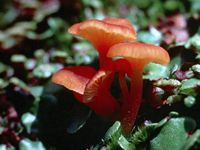 Thousands of species in New Zealand are yet to be discovered. But it’s not just scientists who could uncover them. It could be you.

This year’s Conservation Week, which ends Sunday, encourages people to do just that - discover the hidden treasures on their doorstep.

Landcare Research scientist Peter Buchanan said there were more species still to be discovered in New Zealand than those already identified.

“Perhaps people would say that’s impossible but it isn’t, because it’s among the smaller less studied organisms that the huge unrecorded diversity is.”

While challenging for the public to identify a new species, it did happen, he said.

“It’s hard for most people to actually identify something as new because of the complexity of comparing it with everything that’s already known. But it is possible for keenly interested people to become involved in working with scientists and together discovering something new.”

And technology had made it easier than ever, Dr Buchanan said.

Online tools, such as NatureWatch NZ, acted as a “citizen science vehicle” connecting the public with experts, he said.

The website allows people to upload a photo of a plant, animal or fungus they have never seen before and find out what it is.

“Most of what people think might is new probably isn’t.  But even if it isn’t new, it’s still worth finding out what it is, how it lives, whether it’s native and what it feeds on. And sometimes, through a NatureWatch report for example, experts may contact the person reporting something extra special to work further together on it,” Dr Buchanan said.

People can also use Landcare Research’s online identification tools to help them identify an unknown organism.

Conservation Week began in 1969 and encourages Kiwis to connect with their local natural environment. The Department of Conservation took over in 1987.