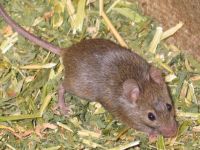 New Zealand science that assists Australian farmers predict mouse outbreaks could soon be applied on this side of the Tasman.

MouseAlert (www.mousealert.org.au) is a  new interactive website based on Google-type mapping technology allowing arable  crop growers to record and view mouse activity in their local area in real  time. It helps inform the community about changes in mouse numbers or damage,  and when to implement control, sooner rather than later, before an outbreak  causes severe damage to crops.

Landcare Research is providing expertise on building  information from farmers into computer models that forecast outbreaks of mice,  as part of a partnership with the Invasive Animals Cooperative Research Centre  (IA-CRC) in Australia.

“This sort of ‘citizen surveillance’ is a major component of what we  proposed as part of the Bio-Heritage National Science Challenge. It’s very  simple but incredibly useful.

“Not only does it get the public involved in science in a meaningful and  enjoyable way, it builds up public awareness of biodiversity and pest species  and then makes that same information available to researchers,” he says.

“Scientists can’t measure outbreaks of rodents or other pest species  everywhere because the problem is too big and expensive so we’re looking to  gather this information in a different way.   ‘Citizen science’ and ‘citizen surveillance’ is being used more and more  around the world.”

MouseAlert can be used with cell phones and  other mobile devices in the field, and a community facility will enable farmers  to create online groups and share observations of mouse activity among members.  The next stage will be development of a notification system so members of a  group can be alerted to changes in mouse activity in their local area as soon  as it happens, enabling a coordinated local response.

“MouseAlert combines some basic tools but we’ve never done this sort of  thing across such large areas before,” Dr Pech  says.

“Now we have all this information – people on the ground with their mobile  phones or tablets, maps of soil and crop types, and information on temperature  and rainfall. It means we can extend forecasts of pest outbreaks more widely  which is exactly what farmers and land managers need.”