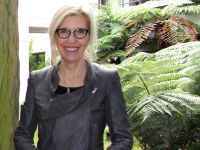 Conservation Minister Maggie Barry announced that Landcare Research chair Jane Taylor has been appointed chair of PF2050 Ltd, the company which will be a key player in achieving New Zealand’s Predator Free 2050 ambition.

Ms Taylor is also the chair of NZ Post.

The board is expected to hold its first formal meeting in January.

Formation of the company was signalled in July, when the Government committed to the ambitious goal of eradicating rats, stoats and possums from New Zealand by 2050.
Minister Barry said: “Today marks the official establishment of Predator Free 2050 Ltd and the appointment of a skilled board of nine directors. This company, and its leadership, will be absolutely integral to the success of the Predator Free 2050 programme. Their role will be to direct investment into regionally significant predator eradication projects and the breakthrough science solutions we need to achieve predator free status.”

Landcare Research chief executive, Richard Gordon, added: “The challenge of New Zealand being predator-free by 2050 is both a scientific challenge and also a social challenge. Landcare Research works across both fields contributing science to understanding of the ecology of the treasured animals that New Zealanders wish to protect; to the discovery and safe use of novel predator control technologies; to integrating predator-free strategies at large-scales across catchments, regions and nationally; and also to working with communities to help them understand and  effectively utilise predator-free strategies that work alongside the community’s aspirations for their land and future. Landcare Research is proud to host the New Zealand Biological Heritage National Science Challenge which leads and coordinates science including predator-free objectives.”