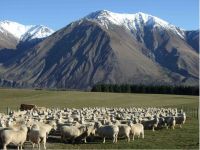 The latest state of the environment report was released today.

“Increasingly, New Zealanders want to understand the health of their environment. Also, overseas customers for our exports and tourism want evidence of the quality of our environment. Regular, data-rich reports like Environment Aotearoa 2015 are key to ensuring that New Zealand society can develop within environmental limits into the future, meeting both community and market expectations”.

Environment Aotearoa 2015 is the first report to be released under the new Environmental Reporting Act, which was passed in parliament in September.

The act requires MfE and Statistics NZ to regularly report on the state of New Zealand’s air, fresh water, land, marine environment, atmosphere and climate every three years. Before the act, New Zealand did not have a legal requirement for national state of the environment reporting.

Landcare Research played a leading role in providing analysis and data for the land chapter of the Environment Aotearoa 2015 report.

“The land sustains us all. Our national identity and legacy to future generations are shaped by our treasured species and landscapes. The science Landcare Research provided for this report underscores the need for sustainable management of New Zealand’s land resources and biodiversity”.

“We look forward to helping strengthen the science behind future reporting – more nationally consistent data on soils, land and biodiversity is needed.

“In particular, Landcare Research can contribute to improved reporting on land-based biodiversity and ecosystems, as well as soils. It is important we work across the science system to fill data gaps, and agree and implement national approaches to strengthen reporting in these areas,” she said.