Lifestyle Blocks and the loss of New Zealand´s productive soils 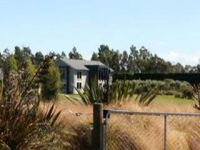 New research shows the huge increase in ´lifestyle blocks´ across New Zealand and raises wider questions over our attitude to the slow but ongoing loss of valuable, high quality and productive land.

Researchers Robbie Andrew and John Dymond say their work, soon to be published,shows there are now 175,000 lifestyle blocks, up from 100,000 just 13 years ago, and this means that 10% of the country’s high-class land is now occupied by these blocks of land.

Meanwhile, 29% of the 25,000 hectares of new urban areas developed between 1990 and 2008 occurred on high class land. In Hawke’s Bay and Marlborough a high proportion of urbanisation has occurred on high-class land (49% and 50% respectively).

High quality land is defined as land capable of being used intensively to produce a wide variety of crops, including arable crops.

Robbie Andrew and John Dymond say high quality land is a valuable, limited, non-renewable resource, and should therefore be protected for the use of future generations. High quality land and versatile soil, which is one of its core attributes, are strategic assets.

While they’ve traditionally been ignored and abused, soils are vital to the ongoing health and wealth of the country:

The research concludes that there are no effective, nationally consistent, preventive measures against the gradual whittling away of the same productive land by urbanisation and subdivision.

“There are significant benefits to rural subdivision, such as re-invigoration of rural communities, increasing rural school rolls, building resilience through diversifying production methods and the improved quality of life of those with lifestyle blocks.”

“However, our work raises some important questions; do lifestyle blocks constitute loss of productive land and are high quality lands adequately protected?”

The authors say that past research suggests that small landholders do not generally engage in high levels of production.

One factor that affects rural productivity is ‘reverse sensitivity’ whereby the sensitivities of new rural residents can impinge on the production activities of neighbouring properties. These include sensitivities to the use of sprayed chemicals and odours from farming operations. This can affect productivity of agricultural and horticultural operations, and there have been cases where permission has been granted for further subdivision as a result of this lost productivity. That is, a farm’s productivity may decline because of reverse sensitivity, contributing to a later decision to subdivide that farm, so leading to further subdivision.

Reverse sensitivity is one reason why it’s impractical to reverse rural subdivision, the authors say. The other reason is the higher the value of lifestyle properties, no longer reflecting the productive potential of the land, can preclude repurchase for productive purposes.

Robbie Andrew and John Dymond say New Zealanders need to give more thought to the value and protection of our high quality soils and productive land, particularly given ongoing worldwide issues around the supply of food.

As high-production land is taken out of production, alternative food supplies must be sought. Importation of food can increase New Zealand’s exposure to global price fluctuations and loss of control of methods of production. Meanwhile, production on lower quality land requires increased resource inputs and management, with increased costs and increased environmental pressures.