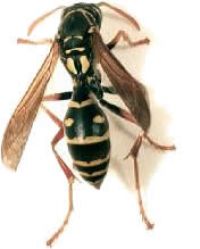 Scientists are seeking public help to learn more about the spread of an unwanted pest.

Researcher Darren Ward wants to know if the wasps are continuing to spread through New Zealand, or whether they have reached their ‘limits’.

“Paper wasps are a threat to natural ecosystems because they prey on invertebrates, predominantly caterpillars, and also collect nectar in late summer/autumn. Densities of more than 200 nests and 6300 wasps per ha have been recorded in the far north of the North Island.”

Please email this information to Dr Ward on the following email: wardd@landcareresearch.co.nz