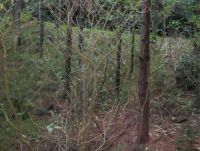 Lace Bug Does Best in Shade

Since the first release in November 2010, the woolly nightshade lace bug (Gargaphia decoris) has been released widely throughout New Zealand. The lace bug has established readily at many sites, but it became clear early on that predation was possibly going to prevent it from achieving its full potential.

Gall mites (Aceria genistae) were introduced to New Zealand from France and released in 2008 to damage broom (Cytisus scoparius) stems and reduce their vigour. When biocontrol agents are established it is inevitable they will interact with many more organisms than just their target weeds as they become part of new food webs. 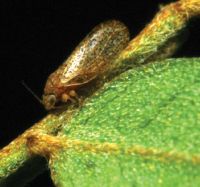 In May last year (Issue 64) we reported on the recent discovery of “Candidatus Liberibacter europaeus” (Leu), a new and possibly pathogenic bacteria affecting broom (Cytisus scoparius). This bacterium can’t be cultured and can only be identified using modern molecular techniques. It is thought to have been introduced along with the broom psyllid (Arytainilla spartiophila) in 1993. 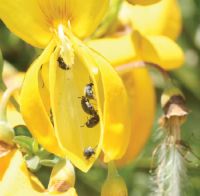 The broom seed beetle (Bruchidius villosus) was released in New Zealand in 1988 to help manage infestations of Scotch broom (Cytisus scoparius). The larvae of this beetle live inside the tough little seeds and eat out the contents, destroying seeds and reducing germination rates. 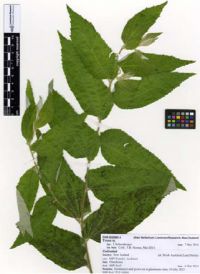 Tales from the Plant ID Service

The Allan Herbarium at Lincoln is a treasure trove of over half a million pressed and mounted plants and lichen specimens. This nationally significant collection underpins biodiversity and biosecurity research and management in New Zealand.

Most biocontrol agents become active during spring, making it a busy time of year to check release sites and move agents around. 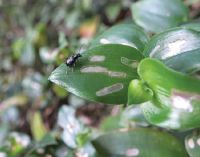 Who’s Who in Biological Control of Weeds? 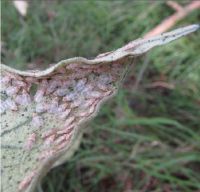 129 releases made to control broom, tradescantia and wolly nightshade. 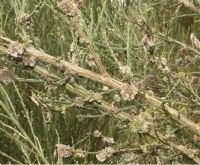