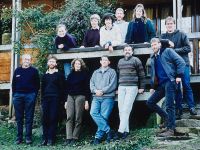 It is with great sadness that we bid farewell to two of our talented and dedicated weed biocontrol technicians, Lindsay Smith and Chris Winks, who are retiring at the end of February and March, respectively. They have both had long careers at Manaaki Whenua – Landcare Research (MWLR) and its predecessors, making a significant contribution to the conservation of New Zealand’s biodiversity and the management of invasive alien plants. 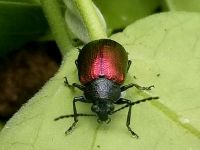 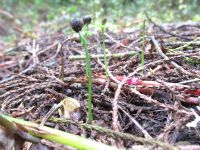 Biocontrol Success in the Waingaro Valley

The tradescantia yellow leaf spot fungus (Kordyana brasiliensis) was first released in Rotorua, in the Bay of Plenty, in March 2018, with subsequent releases taking place in Northland, Waikato, Wellington, Auckland, Manawatū–Wanganui, the West Coast and Nelson. A visit to the Waingaro Valley by Ben Wolf (Waikato District Council), Chantal Probst and Dr Ben Gooden (a visiting plant pathologist from CSIRO, Australia) 10 weeks after the release of the fungus showed very promising results. 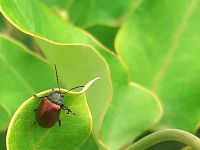 The Environmental Protection Authority (EPA) regulates the importation, development and release of new organisms in New Zealand under the Hazardous Substances and New Organisms (HSNO) Act 1996. It has been widely acknowledged that the EPA process works well, providing a robust, coherent, fair and logical framework for making decisions about the release of weed biocontrol agents. It is the envy of many practitioners overseas battling more difficult regulatory environments. 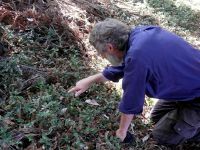