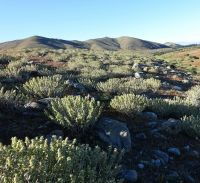 A message from the editor

The Weed Biocontrol team at Manaaki Whenua is fortunate to have been able to continue its work during the Covid-19 pandemic. For readers outside of New Zealand, we went into very strict Level 4 lockdown on 26 March for nearly 5 weeks and at the time of writing are in Level 3 (we are now currently at Level 1). At Level 4 we were required to stay at home in “our bubbles” with only essential workers allowed to attend workplaces as normal. Our team was relatively well set up to work from home at short notice as our organisation has recently been actively moving towards its staff being able to work anywhere, anytime.

Moths away on horehound!

A little more than a year after the release of the clearwing moth (Chamaesphecia mysiniformis) and the plume moth (Wheeleria spilodactylus) for the biocontrol of horehound (Marrubium vulgare), it was time to return to the release sites to look for early signs of establishment. “We were especially encouraged by reports that horehound at the North Canterbury sites was looking very sickly. This is exactly the kind of news we want to hear!” said Ronny Groenteman, who leads the project. So, at the height of summer, with the assistance of our trusted advisor on the project, research scientist Dr John Weiss (Agriculture Victoria, Australia), we visited six of the eight release sites to see what we could find. 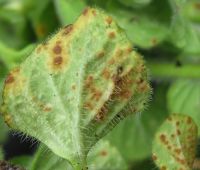 Since our last update on prospects for the biocontrol of lesser calamint (Calaminta nepeta) in New Zealand, much progress has been made with the identification of several promising candidate agents in Europe for prioritisation and further study.

Could an agent for brome tell friend from foe?

There are over 150 grass species in the genus Bromus. Despite some Bromus species being useful pasture grasses, many are unwanted weeds. Two of the most weedy and problematic Bromus species in New Zealand are downy brome (B. tectorum) and ripgut brome (B. diandrus). Ripgut brome gets its name from the injuries it causes to the intestines of sheep due to its sharp, rigid seeds. Downy brome seeds are not quite as hard on the gut, but are produced in abundance (more than 300 per plant) and germinate quickly. One small clump of downy brome easily expands into a large population, reducing soil moisture and rapidly outcompeting more palatable grasses. 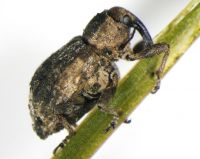 Field horsetail (Equisetum arvense) is an ancient, fern-like vascular plant that is one of New Zealand’s worst agricultural weeds. Field horsetail is native to Eurasia and is believed to have been accidentally introduced with iris root stock from Japan in the early 1900s. It was first recorded as established in New Zealand in 1922 and subsequently spread throughout the North and South Islands, although it is more prolific in wetter regions such as Wanganui, Rangitikei, Taranaki, Wellington, and the west coast of the South Island. Field horsetail thrives in riparian areas, blocking waterways, which causes flooding and prevents the recruitment of native seedlings. It is toxic to livestock, causing acute thiamine deficiency (equisetosis) in cattle and horses if consumed in large amounts. 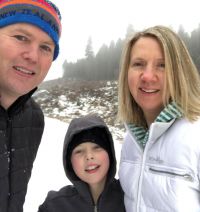 A PhD and new pastures for Hester Williams

We are delighted to report that Hester Williams has passed her PhD and that her degree is to be conferred in June 2020. Hester’s research focused on investigating factors influencing the establishment and persistence of small populations in order to gain a better understanding of the early stages of species invasions. 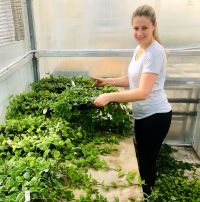 We are very pleased to introduce a PhD student from Brazil, Simone Cunha, who has been registered at the University of Canterbury since early 2019. The main aim of Simone’s PhD research is to investigate the impact of the four biocontrol agents that have been released against tradescantia (Tradescantia fluminensis) in New Zealand. She will also measure the interactions among the biocontrol agents in order to understand whether the four agents are complementary. “I have always been interested in studying botany and interactions between plants and animals, especially in the conservation field,” said Simone.