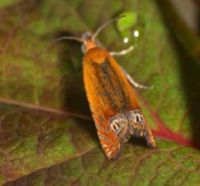 After more than a decade of research and enthusiastic volunteer input, the tutsan project is now reaching its final phase. “This project has produced several new science discoveries and has been of considerable interest to both farmers and other researchers around the world,” said Hugh Gourlay, who has led the project. “Much of the success of this project has been due to the strong collaboration between the Tutsan Action Group (TAG) and their communities. This helped to secure the necessary co-funding and co-operation from farmers and land managers,” said Hugh.

Twists and Turns for Banana Passionfruit

In New Zealand the term ‘banana passionfruit’ is used to refer to a group of vigorous vines that grow up to 10 m tall and originate from the high Andes of South America. The species of concern all have edible fruits and belong in the same sub- genus, Tacsonia. The three most problematic species, and the regions where they are most commonly found, are: Passiflora tripartita var. mollissima (Wellington, Nelson and Marlborough), P. tripartita var. azuayensis (Wellington, Canterbury and Otago), and P. tarminiana (northern North Island). Less widespread species, but also of concern since they are spreading, include P. mixta (Auckland and Marlborough), P. pinnatistipula (Canterbury and Otago), P. ´rosea (Banks Peninsula), and P. antioquiensis (Auckland and Marlborough). 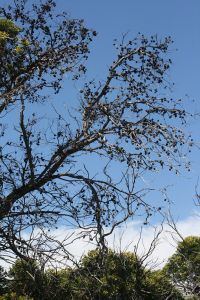 A Green Solution for a Gold Problem

An Australian plant, Sydney golden wattle (Acacia longifolia), is the focus of a proposed application to the Environmental Protection Authority (EPA) for approval to release two new biocontrol agents into New Zealand. The application is expected to be submitted by the Northland Regional Council (NRC) later this year, following consultation with stakeholders. Richard Hill, a research associate with Manaaki Whenua – Landcare Research, is assisting NRC to prepare this application.

Two Steps Forward and One Back for Wild Ginger Project

Despite the efforts of regional councils and volunteer community groups around the country, wild ginger (Hedychium gardnerianum) remains one of the biggest threats to regenerating native forest in the North Island. “So far over 5,000 ha of land are thought to be affected by wild ginger in Northland, including pine forests, which are a valuable economic resource for the region,” said Ashlee Lawrence, of the Northland Regional Council. “We have a dual problem because the weed not only invades open areas but is sufficiently shade tolerant to supress any regeneration beneath closed forest canopies, creating large zones where the entire understorey is ginger,” she said. The rhizomes of the weed make the ground impenetrable, so that native birds such as kiwi have a difficult time probing for food. The enormous scale of the infestation across the region makes widespread control unfeasible in forested areas. In 2016 the Northland Regional Council formed the Stop Wild Ginger Group (SWGG) to raise public awareness of the threat of wild ginger to northern forests, and to seek better control tools. 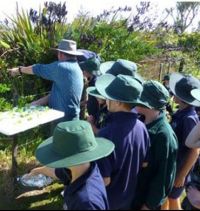 In February, Paroa School and Greymouth High School were lucky enough to have a visit from our very own Hugh Gourlay and Murray Dawson, and independent educator Robinne Weiss. The trip was made possible by the Guardians of Paroa Taramakau Coastal Area Trust, who are undertaking important restoration work in Westland. Since Japanese honeysuckle (Lonicera japonica) is a key weed threatening their work, the Trust applied for, and secured, Curious Minds funding to allow the Honshu white admiral butterfly (Limenitis glorifica) to be released there. Although the butterflies, which are native to Japan, have been released elsewhere around New Zealand, these were the first releases in the Westland area.