Rabbits on the rise 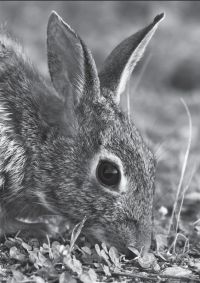 It’s almost 15 years since the release of the rabbit haemorrhagic disease virus (RHDV), which decimated rabbit numbers over large areas of New Zealand. However, in the intervening years rabbits have developed increasing immunity to the virus and their numbers have started to recover.

Increased rabbit densities have led to resurgence in the use of conventional control tools, including baiting with either 1080 or pindone. Landowners are required to control rabbits when numbers exceed specified population levels and some landowners are again incurring high rabbit control costs.

Due to growing concern about the numbers of rabbits infesting our drylands, for the first time in more than 10 years Landcare Research scientists, led by Bruce Warburton, have received funding from the Crown to extend recent research on possum control to the control of rabbits.

The research has three main strands: (1) reducing the cost and amount of toxic bait used in aerial baiting, (2) identifying cost-effective strategies currently used by farmers for secondary control, and (3) understanding the toxicology of pindone poisoning in order to reduce the cost of application and its potential impacts on non-target species.

As a first step, published papers and reports from previous relevant research were catalogued within a searchable web-accessible bibliography. The catalogue helped identify key research that could be used to update current best practice for controlling rabbits with aerially sown 1080-carrot bait. Such control typically involves sequential sowings of 20–40 kg each of prefeed (non-toxic) and toxic bait per hectare (depending on rabbit density) and costs up to $100 per hectare. Based on research into baiting for possums, Bruce believes that current bait sowing rates and associated control costs for rabbits can be significantly reduced.

To test this hypothesis, Bruce and his team are working with Otago Regional Council staff to develop and run a series of trials this winter to test a range of different bait sowing rates and applications that could reduce costs by as much as 50% and the sowing rate of bait by 66%.

Some farmers undertake secondary control of rabbits to slow or halt population recovery. To determine how control is currently being carried out, farmers are being interviewed to identify the control methods they use based on variations in habitat, percentage cover, farming practices, and the density of rabbits on their property. Preliminary results show that investment in rabbit control varies greatly; some farmers have long-standing control programmes costing tens of thousands of dollars per year, whereas others invest very little, instead relying on the RHD virus and even the efforts of meat shooters to suppress rabbit numbers.

Farmers and rabbiters engaged in control use a wide range of tools to limit rabbit populations. Shooting is the most common control method used, though its application varies. For example, in areas where access by 4WD or motorbike is possible, night shooting is effective when rabbit densities are low. On steeper, less accessible country, rabbits are shot from helicopters. Other complementary methods include fumigation of burrows and patch-poisoning with pindone.

Pindone (a first-generation anticoagulant toxin) is used by some farmers and contractors to control rabbits because of the regulatory and stock-withholding-period requirements when using 1080. However, as with other pesticide uses, baiting with pindone raises concerns over toxin residues and risk to non-target species, but far less is known about these aspects of pindone use in comparison with 1080 use. Landcare Research toxicologist Penny Fisher has been assessing the residue concentrations of pindone in tissues from caged rabbits after they have eaten a lethal amount of pindone and has found relatively high levels of the toxin in rabbit liver and fat.

Tissue testing is ongoing, and the final results will be used to review assessments of risk to non-target species that prey on or scavenge rabbits and to help optimise the application of pindone baits to minimise both costs and secondary poisoning risks.