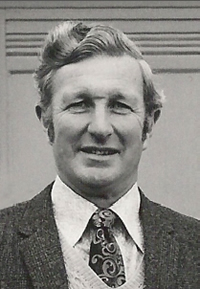 The International Collection of Micro-organisms from Plants (ICMP) had its origin in 1952 as the personal collection of plant pathogenic bacteria and rhizobia of Dr Douglas W. Dye.

It expanded as the culture collection (PDDCC) of Plant Diseases Division, and later Plant Protection Division, of the New Zealand Department of Scientific and Industrial Research (DSIR). Initially, cultures were maintained by serial transfer of slope cultures, but in 1962 the process of vacuum-drying was introduced. Fungal cultures, initially maintained under oil, then by a variety of methods, were first included in the Collection in 1961. Following the reorganization of science in New Zealand in 1992, the collection was transferred to Landcare Research, one of eight New Zealand Government-owned “Crown Research Institutes”. In 1993, preservation using liquid nitrogen was introduced for fungal and bacterial strains which had been difficult to maintain by vacuum drying; this has since been used for all new accessions.

, divided into two parts, included 5850 accessions of bacteria and 4200 of fungi, as well as an index of plant­–host microorganisms and a numerical index; a supplement

was published in 1999. No further print catalogues were produced, and these now superseded by the present online database.

The first computer database for ICMP was developed in 1978 and used punch cards to store culture information. This was followed by several different computer databases, including a mainframe run by DSIR Applied Maths, followed in 2002 by a Microsoft access database that was converted to SQL for internet searching. In 2011 a purpose-built CIS (Collection Information System) was developed for all Landcare Research’s systematics collections. This system allows daily website updates.

From its establishment until 2004, ICMP was located at Mt Albert Research Centre, Mt Albert, Auckland, New Zealand. In 2004 it moved with Landcare Research to new facilities at its current location, 231 Morrin Rd, St Johns, Auckland 1072.

Maureen Fletcher was a longstanding technician at the ICMP collection serving from 1980 until her retirement in 2014.

The text of this page is available for modification and reuse under the terms of the Creative Commons Attribution-Sharealike 3.0 Unported License and the GNU Free Documentation License (unversioned, with no invariant sections, front-cover texts, or back-cover texts).