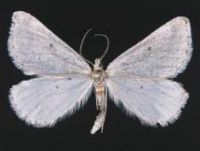 The archived database comprises base-samples only (refer New Zealand Grassland Tussock Moths, E.G. White, 2002). In all selections it is important to recognise and respect ecological incompatibilities and the sampling restrictions of certain data, as noted by fi le structure and comment.

All study sites are permanently pegged and relevant site and vegetation data are also presented to permit future site comparisons. Several site photographs appear in the references. The index further includes a summary of the conventions and notations used throughout all phases of light-trapping 1961-2000.