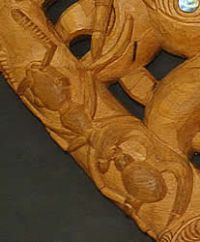 There are less than a dozen species of native ants, probably owing to the early isolation of Aotearoa / New Zealand from other land masses. Most of these have close relatives in other parts of the world, but the genus Huberia, with two species, is unique to this country.