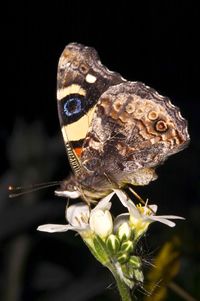 The world must look and feel very different to an insect. Apart from being much smaller than us, and (unlike us) constantly in danger of being eaten by something bigger (such as a spider, a bird, or even another insect), their senses are different from ours.