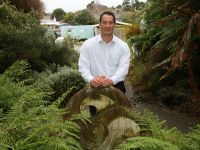 More Māori are turning to science to unlock the potential of their land and natural resources.

Around 80 per cent of Māori land – about five per cent of New Zealand’s total land area – is currently underutilised, according to a report by Price Waterhouse Cooper released late last year. It estimated productive use of this land could add about $8 billion to the economy by 2025. To help achieve this goal Māori are working closely with researchers.

Landcare Research general manager Māori development Keith Ikin said there had been an increase in demand from Māori for research to help them make informed decisions to boost the productivity of their land and natural resources in a sustainable way.

“There are quite unique challenges and opportunities that Māori decision makers have regarding land and natural resources and science has a critical role to play to support those decision makers,” Ikin said.

“Māori want to improve on the productivity of their land but not at the expense of detrimental impacts for future generations. Economic development can only occur if the future of our natural resources are protected.”

Ikin, former deputy chief executive of Waiariki Institute of Technology - in Rotorua, was recently appointed to the newly created role earlier this month. A powhiri was held at Landcare Research’s Hamilton site today to officially welcome Ikin, who will be based at the site.

The role will see him working with Māori land owners and collaborating with key government agencies and other research organisations.

Landcare Research Chief Executive Dr Richard Gordon said realising the potential of Māori land required a cross agency approach. The Crown research institute has been working alongside various groups, and just last week signed a memorandum of understanding with Te Pumu Paeroa, the new Māori Trustee, that works with Māori land owners to protect and build their assets now and for future generations. Landcare Research has also been holding training workshops about soil science and soil health indicators at marae in the North Island.