Deforestation and the settlement of New Zealand

Wherever humans have gone, fire has gone with them.

Besides being essential for heating and cooking, fire has always and everywhere been the primary tool for clearing unwanted vegetation. Prehuman New Zealand was one of the few regions on the globe where natural fire played an insignificant role. Our native trees and shrubs are, with few exceptions, highly vulnerable to fire and only very limited range of native plants (for instance manuka, matagouri, bracken and tussock) are favoured by repeated burning. The widespread burning that accompanied the first settlers in the 13th century was therefore devastating. Much of what had been a largely forest-covered land was transformed into a patchwork of scrub, grassland and forest.

The fire-driven deforestation of New Zealand was unparalleled for its speed and completeness. Our research interest centres on explaining how and why it happened, and what the implications are for how we manage our post-fire landscapes. Globally, fire is now recognised as one of the major drivers of landscape and vegetation change and there is intense interest in understanding its fundamental dynamics. We have been recipients of several Marsden grants focussed on fire and settlement issues, and have collaborated widely with national and international groups studying fire.

How are we researching past fire? 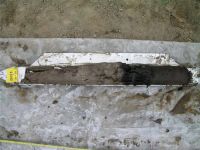 Our primary research centres on palaeoecological investigations. Palaeoecology is the science of ecological change in the past. New Zealand has vast archives of past biological change in the form of plant and animal remains preserved in lake sediments, swamp and peat deposits. These places preserve a wealth of pollen, leaves, cuticles, seeds, wood and charcoal that allow us to reconstruct past vegetation change and fire histories. Drier sediments that accumulate in caves also preserve an array of bones from extinct and still existing birds, reptiles, amphibians and tuatara and allow wonderfully detailed glimpses into past environments.

Our current projects focus on three issues. The timing and progress of deforestation; its impact on vegetation and animals; and the process by which a relatively small population of Māori were able to transform such a large area. 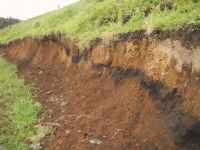 In collaboration with a group of American researchers led by Professor Cathy Whitlock of Montana State University, we have cored more than 16 South Island lakes and analysed charcoal, pollen and diatom records from them. Our work confirms the immediate impact of Māori fire. In a very short period of time - perhaps no more than 150 years - massive fires broke out all over the drier districts of both the North and South Islands. This period, which we call the Initial Burning Period (IBP), reset the vegetation of the lowland and montane landscapes. These early conflagrations of the IBP were possibly set by a mere handful of individuals but such is the susceptibility of New Zealand vegetation to fire, it may have been necessary to light only infrequent fires after that. The timing of the fires coincides with the earliest evidence for Māori in the country  and we are now sure that virtually no time elapsed between settlement and firing.

Parallel work carried out by a team led by Dr Janet Wilmshurst, is transforming how we view the settlement of the Pacific as a whole. Previous work dating rat gnawed seeds in peats, and bones of rats and extinct animals in cave sites showed that New Zealand could not have been settled any earlier than the middle 13th century (see Proceedings of the National Academy of Sciences), despite well publicised claims of introduced Pacific rat bones dating to the 1st century AD. Now, they have reanalysed virtually the entire suite of published radiocarbon dates from archaeological sites throughout the eastern Pacific to show that New Zealand was settled not late or early, but at virtually the same time as the rest of east Polynesia. 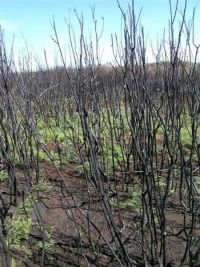 There are now a wide range of analytical techniques for getting environmental records from lake and peat cores. The research team is now collaborating with national and international groups to use these to focus on two issues.

The first is the long-term consequences of fire for catchment hydrology, soil stability and vegetation cover. Should fire be eliminated from some of these areas, what would be consequences? If restoration is a goal, what were the original ecosystems like?

Of interest to Māori is the question of the motivation behind their ancestor’s use of fire. Why was so much of the landscape burnt? Was it deliberate or perhaps accidental? We are now taking detailed palaeoecological records, and combining them with modelling approaches by Dr George Perry of Auckland University, to try and get some answers.

Preliminary results of our modelling of fire impact in relation to environmental and archaeological factors shows that water deficits and topography were of overwhelming importance in governing whether an area was burnt or not. Archaeological factors relating to the presence of people and settlements were important in the North Island as well, but not so much in the South Island. We now know where and what predisposed an area to fire, but how so few people managed to burn so much land in so short a time remains a mystery. We are therefore moving on to modelling individual behaviour of the first Polynesian settlers to see what patterns and frequency of burning was necessary to achieve the deforested landscape seen so starkly in our records. 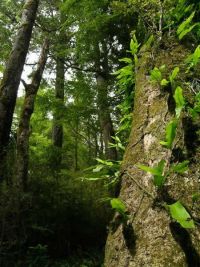 The major outcome of this research will be a far better and more nuanced understanding of the nature of initial Māori environmental impacts. For example, if burning of the entire landscape was repeated and frequent, fire management is likely to have been a key element in Māori efforts to create a more productive landscape, or mahinga kai. But evidence for infrequent but devastating fires in sparsely used areas would suggest that a fire-sensitive vegetation and dry landscape were the primary cause of deforestation. We also intend to contribute to the international debate by comparing Māori landscape management with that undertaken by Native Americans in similar environments in the Pacific Northwest.