Rabbit virus working as expected – the science behind RHDV1-K5

It’s been several weeks since regional councils began the nationwide release of the RHDV1-K5 rabbit virus in New Zealand.

Following extensive overseas research, the Rabbit Haemorrhagic Disease Virus (RHDV) RHDV1-K5 was released by councils at more than 150 sites across New Zealand as a long-term biocontrol for pest rabbit management. 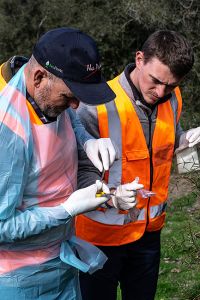 Manaaki Whenua – Landcare Research is leading the science behind the virus. Since the release, research teams have been intensely monitoring sites to study the impact of the virus and how well it is establishing.

‘The first thing we wanted to know was whether the virus was killing rabbits within 5 km of our release sites, and that seems to be the case. So far we’ve detected the RHDV1-K5 from carcasses at all of the research sites,’ says Manaaki Whenua lead researcher Dr Janine Duckworth.

The Ministry for Primary Industries (MPI) approved applications for the importation and release of RHDV1-K5 to help reduce the significant environmental and agricultural impacts caused by wild rabbits. The virus is a Korean variant of a virus that is already in New Zealand, which was illegally released in 1997.

Some people have been asking why every farmer is not seeing dramatic numbers of dead rabbits on their property. The answer is simple: it was never expected to act that way. RHDV1-K5 is expected to improve rabbit knockdown by up to 40% above the current strain, and results will vary with the location and number of susceptible animals in the population.

‘One of the major differences with this virus release is that the rabbits have already experienced RHDV-type viruses and have built up some antibodies against them, so we’re not going to see the huge 80–90% die-off we saw back in 1997,’ she says, ‘but it will be more effective over time.’

‘When you use a biocide it only affects the rabbits that eat the virus, and then they die within one to two weeks. With a natural spread, the infection builds much more gradually but we see a longer period of infection. It will take six to eight weeks for the virus to slowly spread through a rabbit population, and we want to see this virus establish and be here long term as a new biocontrol agent,’ says Dr Duckworth.

Now the research focus is on finding out how quickly the virus is moving out from the release sites through natural spread to infect nearby rabbit populations. 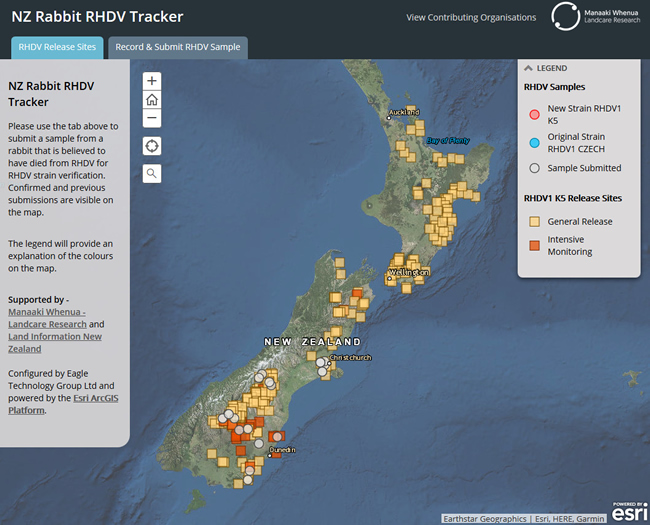 ‘We know that RHDV spreads either from rabbit-to-rabbit contact, from contact with the faeces of an infected rabbit, or from bedding material. But it spreads much faster than we would predict, and we believe that flies are also carrying the virus from one area to another,’ she says. 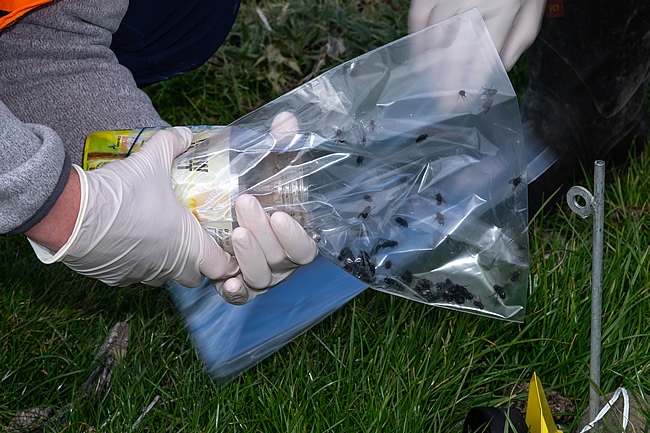 Ongoing monitoring and research are continuing as part of the project. Spotlight night counts of rabbit populations are underway and are expected to be completed in a few weeks’ time.

Find out more about the RHDV1-K5 virus »