Horehound (Marrubium vulgare) is a small, perennial shrub that looks like mint. It is native to temperate parts of Eurasia, Europe, the Middle East and the Mediterranean region, including North Africa. It was first recorded as naturalised in New Zealand in 1867, and had been classified as a weed by 1902. It is also an acknowledged weed in Australia, southern USA and South America. Horehound is not palatable to stock, and taints the meat of animals that are forced to graze on it. 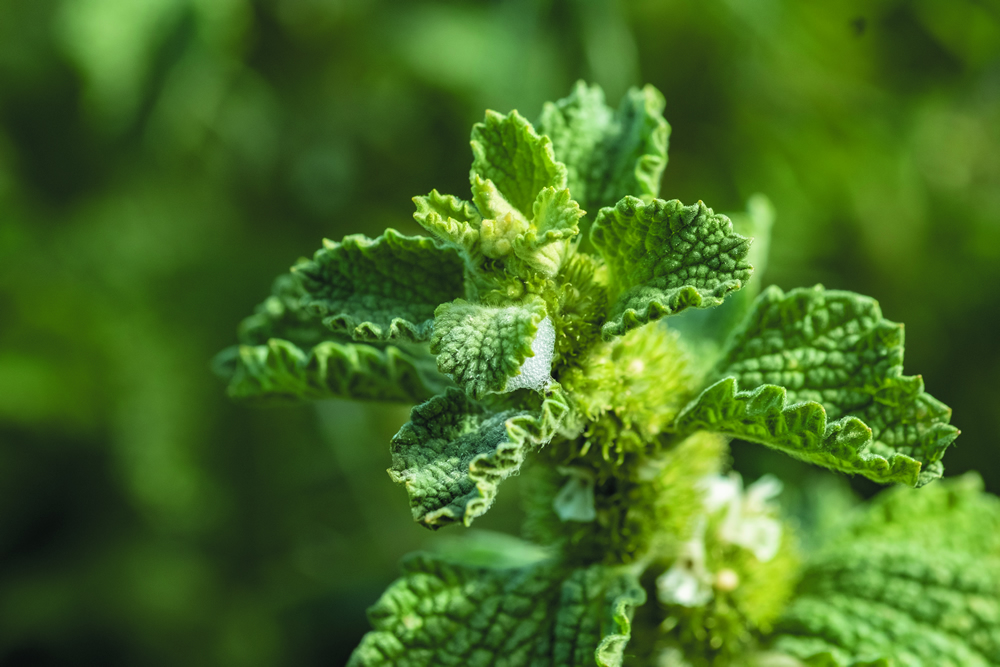 The weed displaces preferred forage plants, reducing pasture productivity. Horehound also produces hooked burrs (seed capsules) that stick to the wool of sheep, and this downgrades the quality of the fleece. Horehound is most abundant in Canterbury and Otago, but it has become an increasing problem on dryland farms across the country. It is now recognised as one of the worst weeds in lucerne crops. Negative economic impacts to farmers may be as high as $29−39 million annually.

The Horehound Biocontrol Group is a collective of landowners supported by a grant from the Sustainable Farming Fund. Manaaki Whenua is the science provider to the group. The application to introduce two moths as biological control agents for horehound was approved by the Environmental Protection Authority in December 2018. Larvae of the horehound plume moth (Wheeleria spilodactylus) attack the above-ground vegetation, and larvae of the horehound clearwing moth (Chamaesphecia mysiniformis) attack the roots.