Manaaki Whenua has conducted pest management research for decades, but its landscape-scale predator control research really began in Hawke’s Bay in 2014, working with the Poutiri Ao ō Tāne project, and later the Cape to City project, led by Hawke’s Bay Regional Council and DoC with mana whenua and community groups. These projects led the charge, and others have since emerged under the more ambitious Predator Free programme, a $28 million package announced by the Government in 2016 to eradicate rats, possums and stoats from the mainland by 2050. 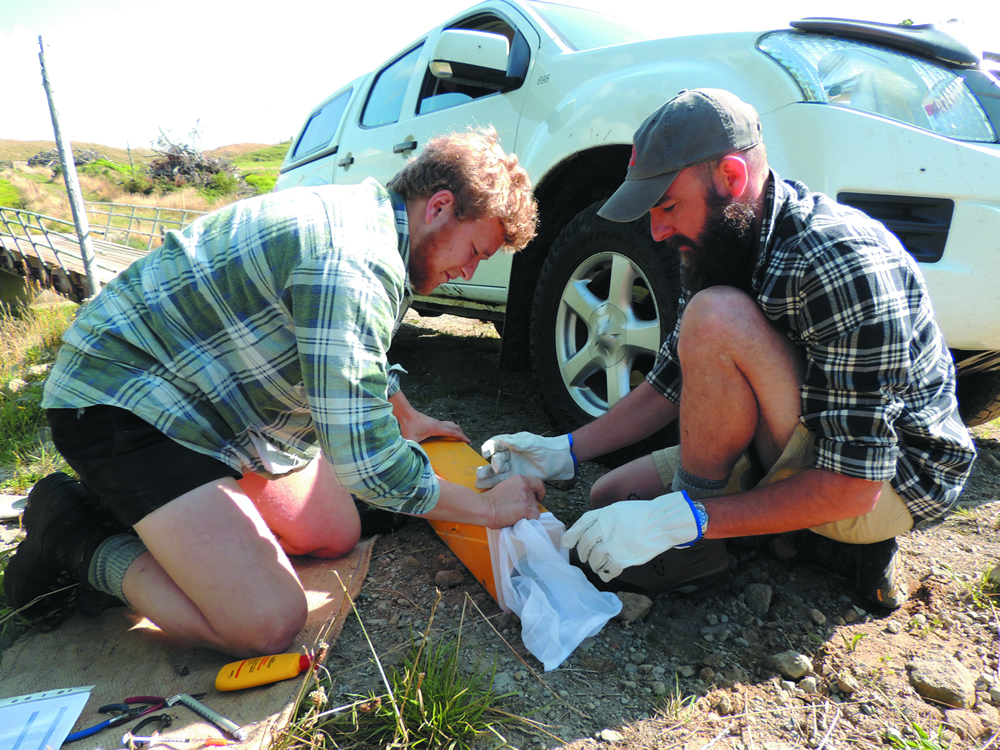 Predator Free 2050 Ltd was established to leverage and distribute these funds to groups who could demonstrate local eradication and landscape-scale suppression of predators, and to enable them to obtain additional funding to achieve their goals. Exemplar predator control sites have been set up across the country to establish the feasibility of large-scale eradication of pest predators. Groups on Waiheke Island, and in Hawke’s Bay, Taranaki, Wellington and Dunedin are formal partners in the programme. The work is multi-agency, multi-stranded and long term.

In Taranaki, for example, scientists from Manaaki Whenua's Wildlife Ecology and Management Team are collaborating with the Taranaki Regional Council, DoC, and the Taranaki Mounga Project on a research project to investigate how invasive mustelids (ferrets, stoats, and weasels) move around the landscape.

The project is part of Towards Predator Free Taranaki, which is New Zealand's largest rural predator removal scheme. It is a rural operation covering around 270,000 ha between New Plymouth and Egmont National park and involves the help of hundreds of rural residents who are keen on trapping mustelids to protect native wildlife.

Earlier in the year, Pablo Garcia-Diaz, Chris Niebuhr, and Oscar Pollard travelled to Taranaki to capture and collar mustelids. Their main objective was to understand whether mustelids living in the vast ring-plains of Taranaki can move into Egmont National Park, where the Taranaki Mounga environmental restoration programme is taking place. The field data will be combined with computer models to assess the movements of predators across the landscape over time.

In other linked work, we used a new simulation tool, TrapSim, to check whether a planned 14,000 ha trapping programme in the Taranaki ring-plain was likely to achieve its goals prior to its roll-out. Using our novel modelling, we were able to give the programme managers confidence in their proposed trap network design.

Towards Predator-Free Taranaki is supported by $11.7 million from Predator Free 2050 Ltd. It is being delivered around Mt Taranaki in different stages, and involves residents, community groups, DoC, the Taranaki Mounga Project, the NEXT Foundation, Manaaki Whenua, schools, iwi and the three district councils in the region.