Backyard beats | What are our birds telling us ?

Birds act as 'backyard barometers' - telling us about the health of the environment we live in.

Birds are signalling significant changes in our environment over the last 10 and 5 years, according to the State of NZ Garden Birds 2018 | Te Āhua o ngā Manu o te Kāri i Aotearoa 2018 report just released by Manaaki Whenua – Landcare Research.  Using cutting-edge techniques, researchers have distilled a large information base – bird counts gathered by New Zealanders from over 34,000 garden surveys since 2008 – into simple but powerful metrics.

For introduced species, which also act environmental indicators, the key signals are: 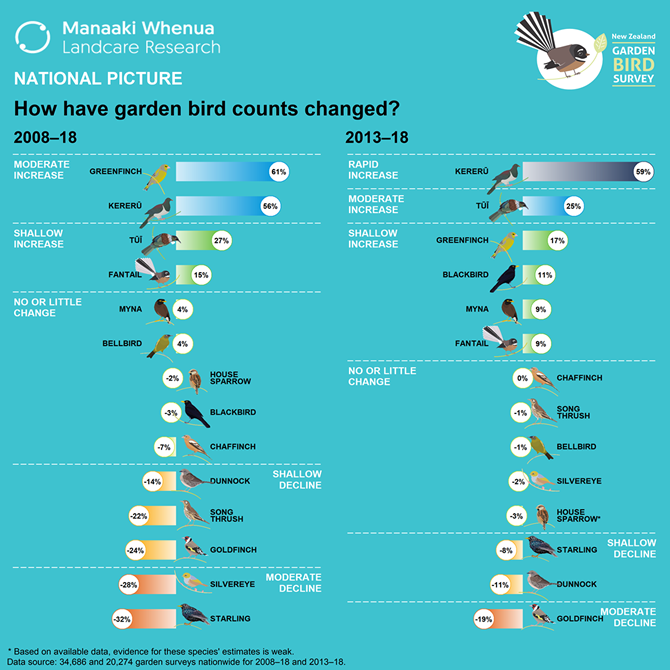