Previous updates explained the goal of our project (to investigate the relationships between Antarctic terrestrial species and their environment), the eight organisms being used in the tests, and the environmental data describing the habitats in which these organisms are distributed in Antarctica. It is time now to consider how we will conduct laboratory experiments to determine the environmental tolerances of the eight species.

All of the species concerned can be grown on agar plates.  These plates are familiar to most people from high school science classes, where they are used to grow fungi or bacteria. 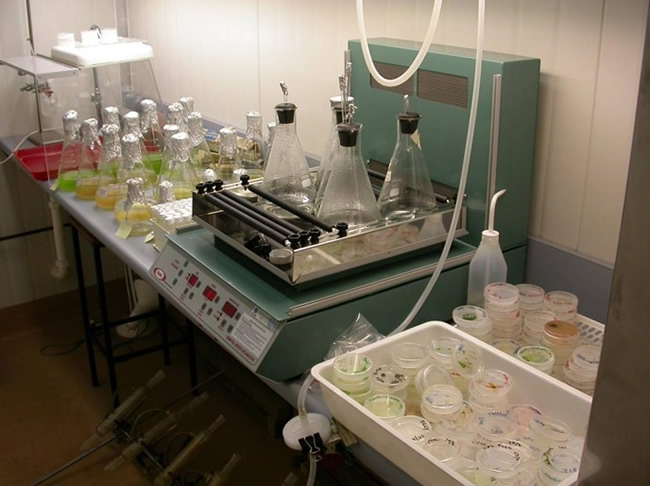 This solidified medium has many desirable features, such as:

However, agar plates also have downsides. For one thing, some microbes don’t tolerate agar (or require it to be washed). This problem can sometimes be overcome by replacing agar with agarose, which is a more refined version of agar. Agarose is common in laboratories, where it is often used for the electrical separation of DNA into bands of different size. We have grown all our strains using agarose, except one: surprisingly, Arthrobacter P19 will not grow on agarose and requires agar!

Also, experiments on Antarctic organisms sometimes involve exposure to freezing. Agar and agarose don’t tolerate this well: the water separates out on freezing and doesn’t return on thawing.  Fortunately, a little-known older paper1 provides a solution to this: the addition of corn starch. The surface of plates containing corn starch are much less affected by freezing, and their water content is retained.

Finally, it is more difficult to determine the number of cells or their biomass on an agar plate than in a liquid sample (from which the cells can easily be counted, or the biomass filtered and weighed).  We again consulted other literature for helpful methods2, and found that plates can be scanned and digitised effectively, and the pigmented pixels counted using automated software to determine growth of the organisms.  This is particularly helpful when many plates must be enumerated at once, as in our case, because the process is fast and efficient. An example from one of our cultured organisms is shown below. 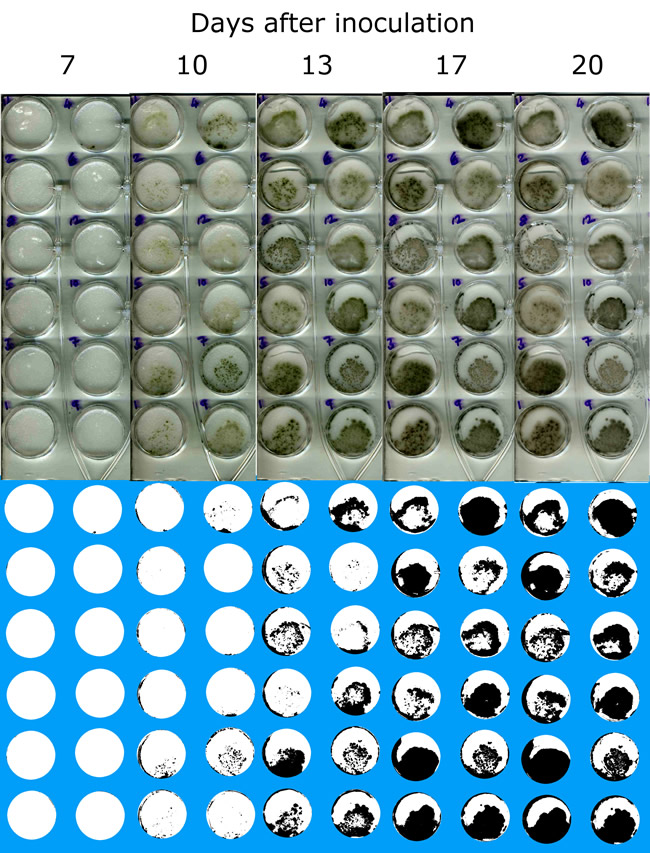 The pixel counts provide a measure of growth over time, which can be modelled with a logistic equation. This results in plots like those shown below. 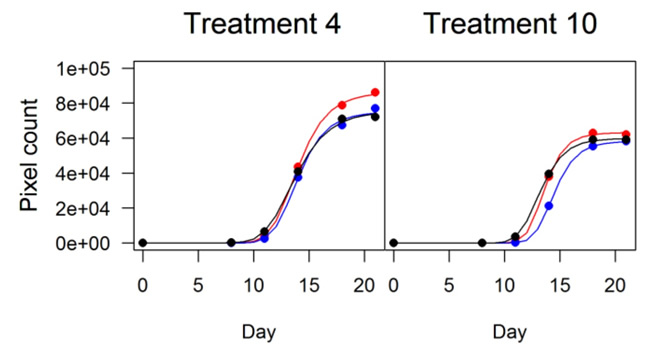 A future update will describe how we can use the relationships we determine in this way to test our predictions from environmental surveys.