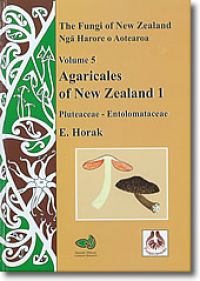 This book provides descriptions and illustrations of all the species of the pink-spored agarics of the families Pluteaceae and Entolomataceae that have been recorded in New Zealand, both indigenous and exotic, as well as keys for the identification and details of herbarium specimens. Doubtful and excluded records are also annotated.