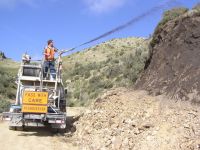 Moss hydro-seeding improves the stability and appearance of surfaces such as road embankments, mine and quarry pit walls, and steep-sided rock dump slopes sites where it is impractical to use traditional planting methods. A method was developed for hydroseeding colonizing plants, particularly based on mosses and lichens. Film-maker Peter Jackson has even used it!

Licensee: Nil, operated directly as a design service by the developers.

A bed of woodchips that removes nitrates from wastewaters. ‘Denitrification’ beds have been deployed in two municipal sites in Taupo, a geothermal stream in Rotorua and in an Auckland hydroponic hothouse. 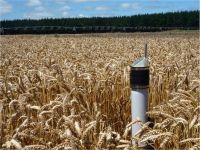 Precision irrigation optimally matches the irrigation needs of a crop with the water-holding capacity of the soil to maximise production, reduce pumping costs, make best use of available water and preserve ground water quality.

Irrigated land is mapped into zones of relative water-holding capacity. A network of soil moisture sensors automatically informs the irrigation scheduling. The technology is combined with Precision Irrigation NZ’s (Lindsay Corp) irrigator modification to allow variable rate application of water over zones as the irrigator sweeps the land. 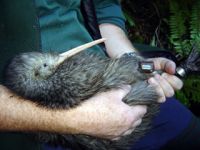 SirTrack was sold to Lotek Wireless Inc. Canada in 2011. 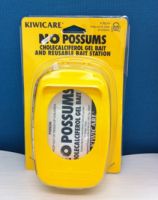 A bait station and 8g/kg (0.8%) cholecalciferol (Vitamin D3) in the form of a gel bait. No Possums is highly palatable to possums with field stability for up to 2 years, and low risk to animals that would scavenge on dead possums or rodents. 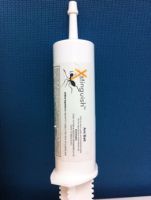