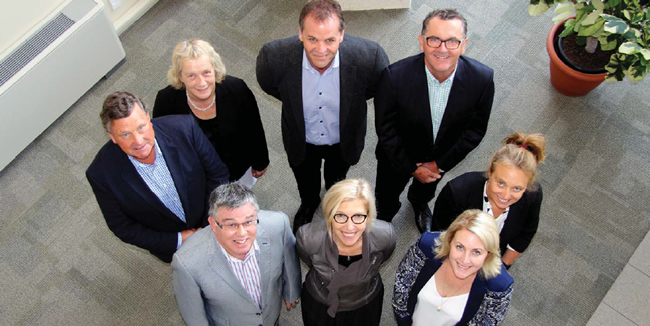 The Company is a private company limited by shares and incorporated in accordance with the Companies Act 1993.

Directors fees are set by the shareholding Ministers annually.

* These include fees for Victoria Taylor as Chair of the subsidiary EMS and Emily Parker as the Landcare Research observer on the BioHeritage National Science Challenge.

Changes to Board composition

Victoria Taylor retired from the Board on 30 June 2016.

The Directors of the two subsidiary companies are:

The Company has Directors’ and Officers’ insurance cover in respect of any act or omission in their capacity as a Director of the company. The Company has indemnified Directors and certain employees of the Company for costs and proceedings and for liabilities incurred by the employee in respect of any act or omission in his or her capacity as an employee of the Company. The indemnity for liabilities incurred does not extend to criminal liability or liability for breach of a fiduciary duty owed to the Company.

No dividends have been declared or paid in respect of the 2016 financial year.

Any business the Group has transacted with organisations in which a Director has an association has been carried out on a commercial ‘arms-length’ basis.

No directors acquired or disposed of equity securities in the company during the year; and the Board has received no notices from directors of the company requesting to use company information received in their capacity as directors that would not otherwise have been available to them.

John Mackey of Audit New Zealand has been appointed  as the audit service provider by the Auditor-General.

The Auditor-General is the statutory auditor pursuant to section 14 of the Public Audit Act 2001 and section 21 of the Crown Research Institutes Act 1992. Their audit remuneration and fees are detailed in note 3 of the ‘Note to the financial statements’.

The Directors are not aware of any matter or circumstance since the end of the financial year not otherwise dealt with in this report that has, or may have, a significant effect on the operation of the Company.

The number of employees and former employees who received remuneration and other benefits totalling $100,000 or more, in $10,000 bands, during the year were:

Signed for and on behalf of the Board