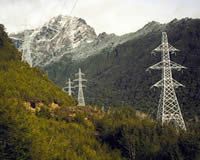 Energy includes electricity, reticulated gas and coal. Coal consumption relates to some parts of our Lincoln site that are still connected to the Plant & Food coal-fired boiler for heating.

Data for emissions and offsets excludes tenants sharing our Auckland, Palmerston North, Hamilton, Wellington, Lincoln and Dunedin sites. We do not record travel data for tenants or subsidiary staff, and energy consumption data is allocated pro-rata according to our staff / tenant staff ratios. Our subsidiary carboNZero Holdings is a tenant at our Lincoln site but occupy a different building in Auckland. The subsidiary company reports their environmental performance on their website. (On 1 July 2013 carboNZero Holdings merged with the Enviro-mark programme to become Enviro-Mark Solutions Ltd, a wholly-owned subsidiary.)

Contributing factors to this year’s increased electricity use include:

Reticulated gas is only used at our Palmerston North sites, where it is used primarily for heating. A small amount in used science laboratories.

The Godley Building and library at Lincoln are connected to Plant & Food Research’s coal-fired boiler for heating.

The target for reduced energy usage is to aim for less than the past 5-year average or last year’s figure – whichever is lower.