TFBIS1 funding success: Three proposals were successful in the latest funding round. (1) Murray Dawson will use the new Lucid Mobile app for creating smartphone/tablet versions of five interactive plant identification keys (on flowering plant genera, grasses, weeds, native orchids and Coprosma). (2) Murray will also add c. 140 common weeds and Regional Pest Management Strategy (RPMS) pest plants to the existing interactive Weeds Key. (3) Phil Novis will digitise type specimens of freshwater diatoms that were first described from New Zealand material, requiring much of this material to be obtained from overseas institutions (its remote, international storage being a major justification for the project).
1 Terrestrial and Freshwater Biodiversity Information System, administered by the New Zealand Department of Conservation

New Zealand Liverwort Flora Volume 2. David Glenny is preparing new treatments for Plagiochila, Heteroscyphus and Leptoscyphus, and colour plates for the volume are being completed.

eFlora. A new treatment of Centrolepidaceae is nearing completion by Kerry Ford, including a new indigenous species record for New Zealand. The moss family Amblystegiaceae has been completed by Allan Fife and will soon be added to the eFlora, and new treatments of the moss families Anomodontaceae, Aulacomniaceae, Bruchiaceae, Archidiaceae, and Buxbaumiaceae are presently being worked on. We are also preparing to add new fern treatments completed by Patrick Brownsey and Leon Perrie of Te Papa.

Cardamine revision. Peter Heenan intends to formally name and describe over 30 new species in a paper that will be completed in about 10 months.

Update on the Global Plants Initiative Project – digitising type specimens of vascular plants. Milestone 1 has been reached: 1000 digital images plus metadata of type specimens held at the Allan Herbarium have been submitted to JSTOR and will soon be available through Global Plants. 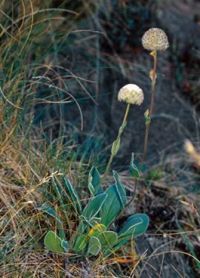 Whether you call them woolly-heads, billy-buttons, puatea or Craspedia (right), these plants are conspicuous members of many plant communities in New Zealand, but remain an outstanding taxonomic challenge. H. H. Allan’s Flora of New Zealand Volume 1 recorded just 6 species, but more than 40 putative species have been distinguished by field and herbarium botanists. However, the distinguishing characters are subtle and often influenced by habitat, making discerning species difficult. Researchers at the Allan Herbarium have developed a set of new genetic markers (technically, microsatellite DNA markers) to help test the validity of these putative species, examine relationships among them, and look for evidence of hybridisation between them. Preliminary data are encouraging, with a set of 12 markers sufficient to distinguish six likely species from just three Nelson mountains. Much work remains, but we anticipate our new genetic markers will help us provide an improved classification of Craspedia in New Zealand and give us better insight into how their diversity has evolved. 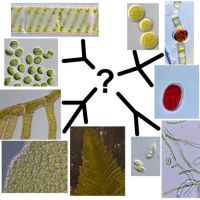 Data pertinent to reconstructing the ancestral relationships of green plants have accumulated at an unprecedented rate over the last decade. Most of these recent data take the form of DNA sequences, sometimes in whole-genome quantities. Cheaper DNA sequencing has created the possibility of joining sequences from different genes together – sometimes very many genes – to dramatically increase the number of characters for analysis. But are more characters necessarily better?

Work around the turn of the century1 using complete mitochondrial genomes of vertebrates – a situation where scientists knew the correct ancestral tree in advance – showed that long sequences for sparsely sampled species were very prone to model misspecification. That is, the mathematics used to model how DNA bases are substituted over time increasingly influences the result as sequences grow in length. Unfortunately, our ability to estimate these substitution models is considerably less than perfect. So, could DNA sequences used to reconstruct the ancient phylogeny of plants be subject to similar problems?

The answer seems to be ‘yes’. Molecular studies attempting to determine the sister lineage to land plants (universally believed to be one of the groups of charophycean green algae) have variously identified Charales2, Coleochaetales3, and Zygnematales4 in this position. Clearly, different analyses of different datasets do not all point in the same direction.

Many phylogenies constructed from the chloroplast genomes of green algae have also been published. We recently investigated5 the use of different chloroplast genes in this group, and showed that different sets of genes produced different phylogenetic trees. Interestingly, the genes that gave unexpected results had been subject to coding-region expansion – a phenomenon peculiar to some chloroplast genomes in which the internal coding regions of genes have grown (sometimes vastly) in length, by a variety of processes, yet without disrupting the reading frame. We concluded that it is not possible to accurately estimate substitution matrices for genes that have undergone this process, and that they should be excluded from analyses. More is not necessarily better!