Conservation assessment of the indigenous biota 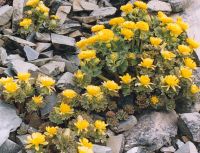 What is the  problem?

New  Zealand’s unique indigenous biota has been severely impacted since the arrival  of the first humans about 800 years ago. The challenge for conservation  managers is to understand the status of threatened species so that limited  funding to protect and restore threatened biota can be invested effectively.

How did we  approach resolving the problem?

Detailed  systematics knowledge is essential for conservation management. Landcare Research’s  systematics staff are in a unique position to contribute to the triennial  Department of Conservation (DOC) sponsored Threat Classification System  assessments, due to years of expertise studying the systematics of plant,  animal and fungal species.

Landcare  Research supports the assessments with authoritative up-to-date names of  threatened and at-risk species, comments on informally recognised ‘tag named’  entities awaiting formal description, information on their distribution and  abundance and biology, as well as data and vouchers through our relevant Nationally  Significant Collections and Databases.

In the last  three years we have worked with DOC and other participating organisations (e.g. Museum of New Zealand Te Papa  Tongarewa, Auckland Museum, University of Canterbury, Lincoln University,  AgResearch, Plant & Food Research)to  review the lists of threatened fungi, insects and plant species. We have reviewed  all named taxa of plants, invertebrates and fungi in New Zealand, as well as  unnamed, informally recognised entities.

The 2012  review of vascular plants added about 40 taxa to the ‘Nationally Threatened’  category (total now about 220 taxa). This significant change is largely due to  the decline in ephemeral wetlands and partly due to identification of new  species that have been designated ‘Nationally Threatened’. A large number of  invertebrate species have also had their threat rankings changed, again partly  due to newly discovered species. Thanks to targeted research, we have moved 112  fungal taxa from the ‘Data Deficient’ lists.

The  collaboration between Landcare Research and the DOC-sponsored listing process  has led to new threat rankings that are reported in eight peer-reviewed papers  and two unpublished reports co-authored by DOC and Landcare Research staff.

Who has  adopted our innovation?

What impact  has this innovation had on adopters?

The threat  assessments have important implications for conservation and biodiversity in  New Zealand. DOC and other end-users use the results from the New Zealand  Threat Classification System assessments to help guide conservation effort. For  example the species identified as threatened and at-risk are the basis of the  DOC Species Optimisation project, which is designed to maximise the value  gained from resources committed to the protection of threatened species. The  New Zealand Threat Classification System is also used by other agencies such as  MfE for state-of-the-nation biodiversity indicators.