Dramatic reductions in the amount of 1080 used for possum control have come about through Landcare Research work in the last 15 years, as outlined in this 2007 case study for the Crown Company Monitoring Advisory Unit (CCMAU). 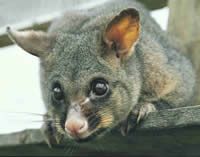 Landcare Research conducted research on efficacy and risk issues of aerial 1080 poisoning for possum control under a series of FRST contracts from 1993 to the present. This research was supplemented by contracts with sector agencies including the Animal Health Board (AHB) and Department of Conservation (DOC), and has involved the equivalent of three scientists.

Additionally, a web-based decision support system was developed to provide possum control managers with direct access to all best-practice information and to an ‘electronic expert' to assist them in planning effective and efficient control operations.

The economic benefits resulting from aerial-1080-related research were reviewed by Rosevear (2003), and were conservatively estimated to be $5.5m per year giving an internal rate of return of 28%.

The immediate economic benefits accruing from improved ‘best practice' since 2003 are estimated to be in the range of $2/ha/yr, which equates to about $4.5m saved annually for the area that is currently treated. Not having to re-treat areas where initial control has eliminated Tb will make significant additional savings for the AHB, and enable them to more rapidly achieve Tb freedom. For the first time the AHB can realistically attempt to eliminate Tb from large tracts of forest such as Kahurangi and Te Urewera national parks.

The benefits have accrued as follows:

Significant savings can be made when multiple species are targeted within a single operation. Additionally, research completed in 2006 showed that best-practice one-off aerial 1080 operations can provide protection of forest canopy for 7-10 years without the more frequent and expensive operations required in the past.

Ongoing research has shown that further reductions in sowing rate, coupled with more even bait distribution, will lead to further cost-savings, and significant reductions in the amount of 1080 being applied to the environment.

The risk of loosing access to high-value offshore markets for the beef cattle, venison, dairy farming and processing sectors (valued at $1.3 billion per year (AHB 2001)) has been reduced by the AHB's ‘Tb eradication strategy'.

Progress towards the AHB's national goal of Tb freedom has been accelerated (now 2011 rather than 2013), in part by the contribution of the underpinning research described above to achieve more effective Tb vector control. Other end-users, including the forestry and horticulture industries, are likely to have benefited from improved cost-effectiveness of possum damage mitigation, though data on these sectors are not readily available.

Research information on 1080 effects (on efficacy, and non-target and environmental impacts) made an essential contribution to the Environmental Risk Management Authority's 2007 reassessment, and approval for ongoing use of 1080.

Aerial 1080 poisoning has become so effective that localised elimination of possum populations has now become a realistic goal with predicted long-term cost savings of up to 46% compared with the present strategy (Morgan et al. 2006). Possum elimination has already been achieved in several high-value areas of conservation estate where pest-proof fences are constructed to protect the initial investment (e.g. www.xcluder.co.nz/default.asp?pageid=17&project=6).

Overseas earnings ($0.25m in 2006/07) are also being generated, by researchers and practitioners who are now in demand for their world-leading expertise in the understanding and management of large-scale pest management problems. Landcare Research, for example, is presently advising management agencies in Hawai'i, the Galapagos, USA, and UK in the use of aerial baiting for the eradication of a range of vertebrate pests, particularly rodents on islands.

The initial economic analysis of the benefits of 1080 research was reported by Rosevear to FRST in 2003. He sourced data from Landcare Research, AHB, DOC, regional councils, and pest control contractors. These sources were consulted again for this report. Other information was obtained from the Vector Control Contractors Association and the Bovine Tuberculosis National Pest Management Strategy (AHB 2001).